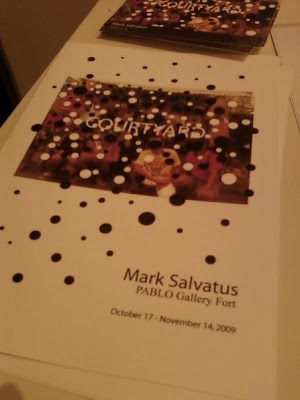 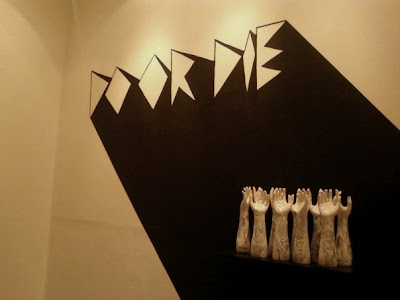 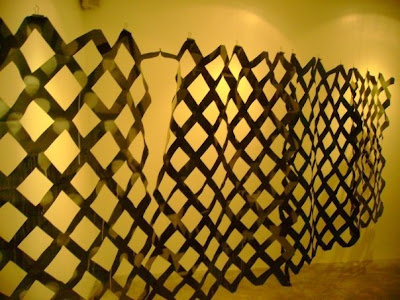 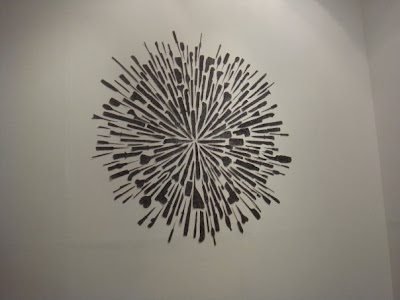 It seems that Mark Salvatus has committed himself to a lifetime project of examining “spaces” - public, private and whatever's in between. Working closely with people who inhabit them, Salvatus captures the state of these communities through the objects that belong directly to or are loosely associated with their occupants.

In Courtyard, Salvatus provides a semi-fictional version of his Manila City Jail immersion. In the exhibition, he provides contextual elements of the actual space such as local gang logos that marked territorial borders in the prison itself and tattoos that designate individual inmates.

As a “courtyard” is an enclosed space open to the sky, Salvatus then offers an aerial view of Bilibid itself. Essential to Courtyard,this map serves as point of reference, to a place in question. With the original plan of remaking the space, he embarks on a narrative of a whodunit from an actual event of a riot in Manila City Jail between two rival gangs. From an investigation from the Bureau of Jail Management and Penology, Salvatus does his own inspection in Courtyard. With existing makeshift weapons he was familiarized to in his immersion, he places them traced and “wrapped” as confiscated objects in an “evidence wall”.

The value of objects is once again put into the forefront of Salvatus' oeuvre. Things are symbols of themselves. Pretty much, an improvised knife that killed is an improvised knife that killed. “Do or die” is far from a determining existential cry but is a gang slogan – word/s as objects themselves. It is also much so that an evidence of a crime scene do not say “why” foremost but confirms the “what”. Likewise, Salvatus gives credit to objects being constitutive parts of a whole. As with Courtyard, the objects – adaptations and variants – point to an existing community that Salvatus has re-constructed into a meta-narrative with his own investigation and conclusions.