By Leero November 21, 2013
October was a crazy month for the Streetkonect team, but with all the recent chaos and happenings that went down on us, we decided that there were more important matters to attend to and recap October later.

So now since things are a bit more stable now we’re going to recap our crazy Monster October. We had a string of events for the whole month of October, with Halloween being the most anticipated day of the month we decided to make a month long event dedicated to the creepy, eerie, and scaretastic theme of Halloween.

The first event was last October 12, Crude 2: Making Latex Monster For My Friends; it's our second installment of Crude which is initially a themed sketching event. Crude 2 was a latex sketching event, we drew on balloons with markers, with the theme monsters. Everybody drew balloon monsters for the heck of it. Our Crudest Award of the night went to Van Opura. 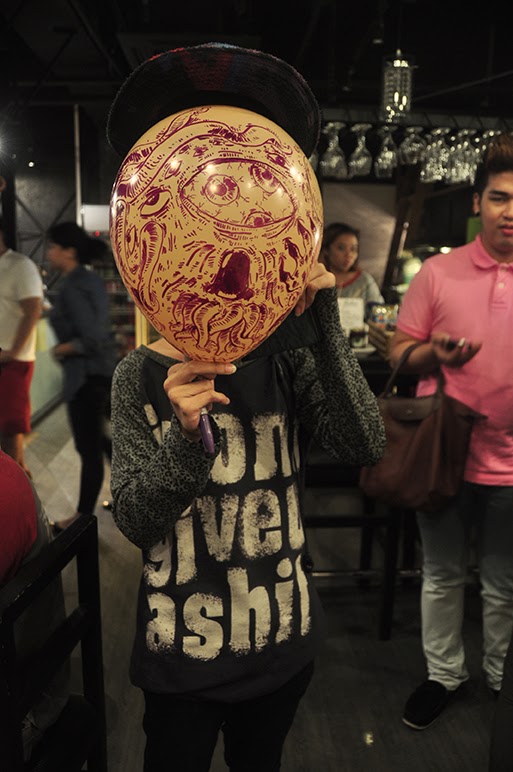 Check out more photos of Crude 2.


A few days after Crude 2 a massive 7.2 earthquake hit Bohol, devastating the small island, wrecking churches, homes and some lives. Our Boholanon brothers and sisters needed all the help they can get so Streetkonect together with Qube Gallery, Islands Group of Companies, and Gawad Kalinga partnered for a benefit art exhibit. We sold artworks from various artists and had live art on shirts that were for sale as well. The event generated approximately over P100,000 that helped our brothers and sisters in Bohol.

The second event on the Monster October list was on October 26, this time it was a fusion of two things, it was the Calavera exhibit opening and the Fright Night movie night.

Calavera was a skulltastic pop up show that featured a skull template made by Uzi Emperado. Each artist was given the freedom to do what ever they want as long as they used the template given to them, as a result interesting skull interpretations were made. A number of Cebu City's top designers and artists joined the exhibit. 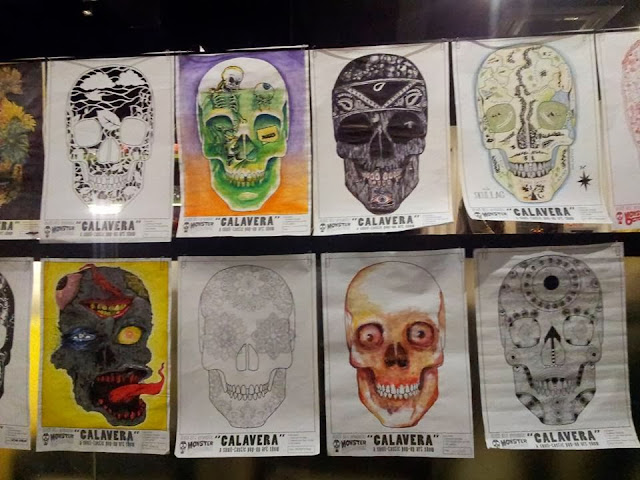 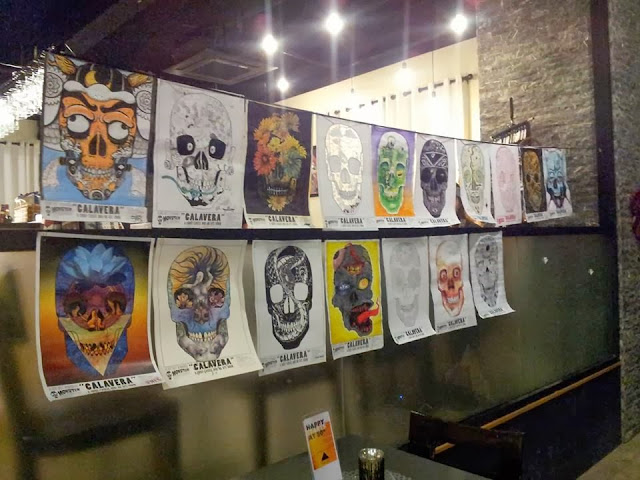 Later in the night we had Fright Night, a film festival that featured horrifying stories from film students and independent film makers from Cebu. The Student Showcase included students from UP Cebu, University of San Carlos Cinematography, and International Academy of Film and Television (IAFT) ALUMNI. For the Filmmakers Showcase works by Bradley Tenchavez, Maria Victoria Beltran, Ivan Zaldarriaga, Christian Linaban, and Jopz Madarang, were showcased. Fright Night also doubled as a relief drive for the earthquake victims of Bohol.

And finally we capped off Monster October with Halloween Party that was to die for! Eerie Ball was set on October 31st, bringing together bands, djs, artists, monsters, nurses, zombies, planeters, pandas, Ash Ketchum and a whole lot more into one epic and fun night. We had awesome bands like, Tiger Pussy, The Pervs, Foc Fashion, Dance With Me Kris and Snuber. We also had Dj sets from Pop Days, DJ Carlson Corbin, DJ Pedofuck, and DJ Ron. We had an epic night full of booze, mayhem and fun.

You can check out more photos here and here.