By isaw November 04, 2014
News on three solo shows caught our attention this week--all firsts for these artists. Two are by Manila-based artists, GORI and NUNO who are known to reign in the urban jungles of Metro Manila with their wheatpastes, and tags, throwies, and pieces, respectively.

We featured GORI a while back in an interview and covered him when he was still starting with paste-ups.  His Gorilla character have shown up in a many incarnations and sizes in and out of the metro. After 5 years of working in the streets, it may be high time for him to do a gallery show and he has found the opportunity to do it in Secret Fresh this year. The show's title "GO! REACH THE SKY" is clearly a word play on his street name "GORI". But it could also be a declaration of claiming his goal. Whatever it may be - fame/fortune or just the fuel to keep his passion for creation, is only as far as he makes it. 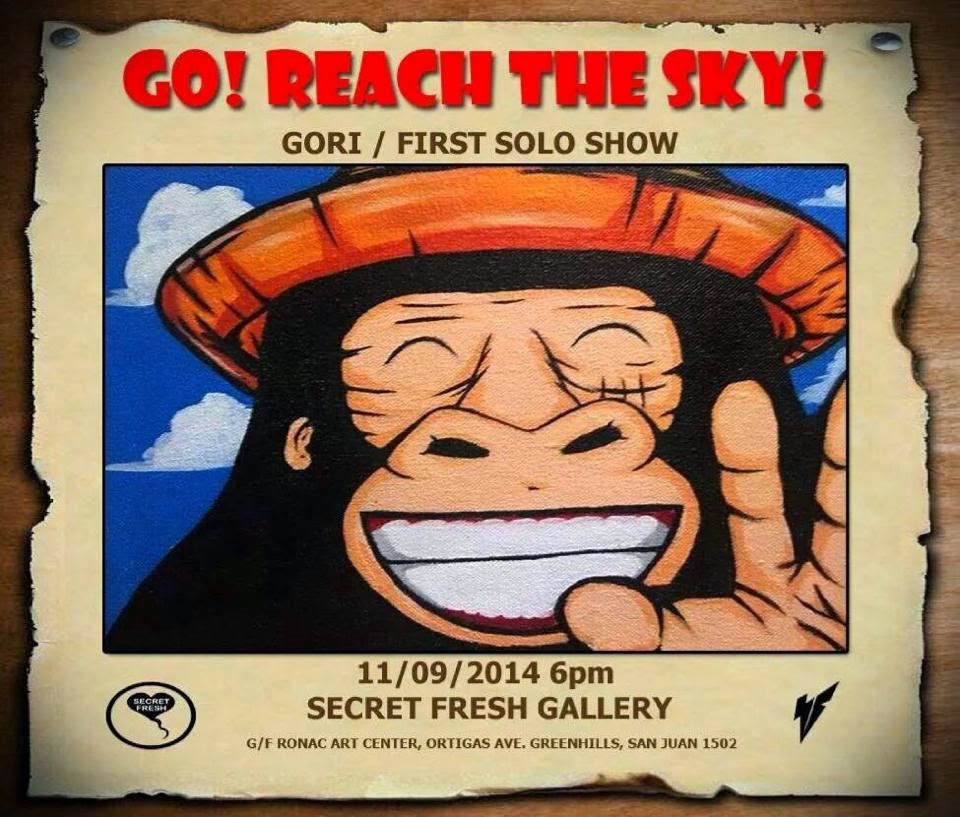 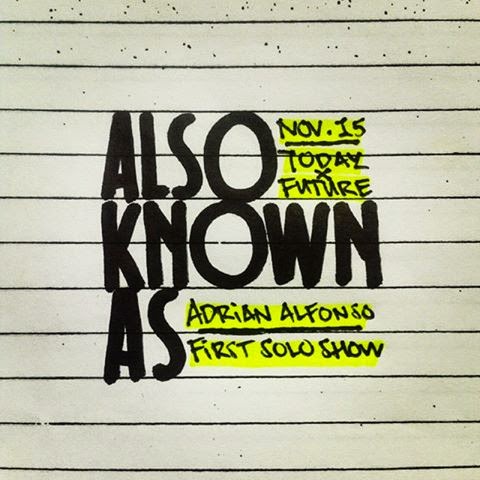 Down south, a graduate of Communition Arts from UP-Mindanao and a graphic artist and photographer, Mishael "El" Pueblas, is mounting his first solo show at Ayala Abreeza Mall in Davao City from November 10-23, 2014. His first solo show will focus on leaf art, a medium we have yet to see more of. 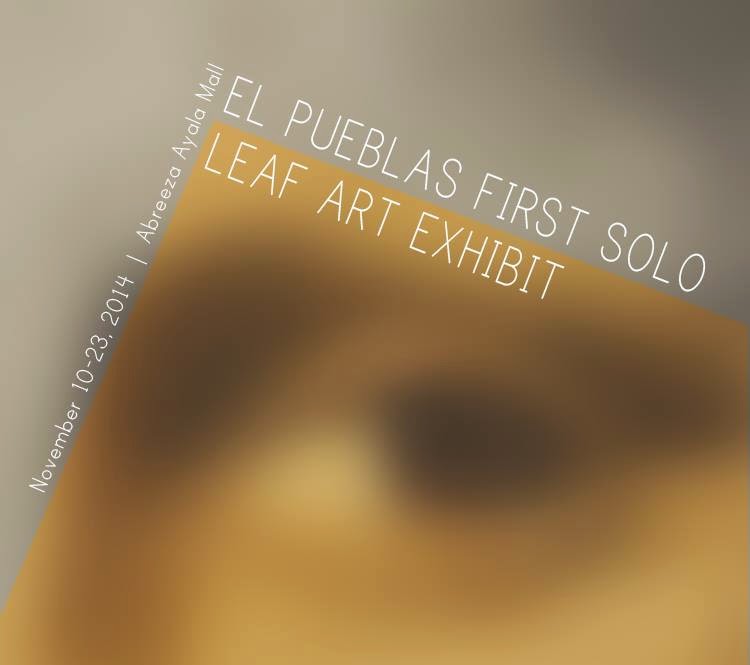