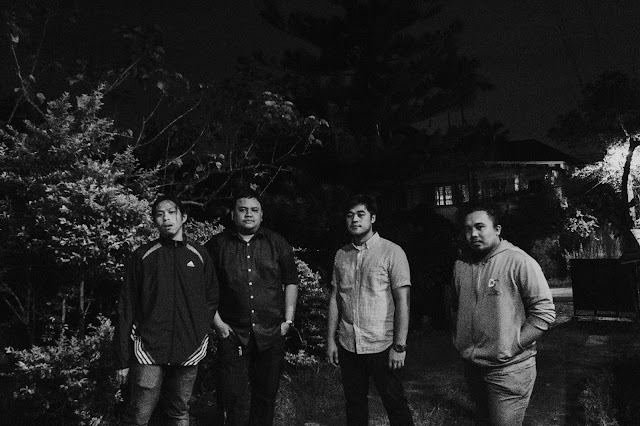 Sunday Sunday is a bottle full of endless energy. One might think that the band's enthusiasm might wane after playing around the local music scene for almost two decades, but Sunday Sunday's brio hasn't dulled in the least.

There's an undeniable touch of vivacity whenever Sunday Sunday plays on stage - an infectious zest that starts at the touch of the instrument and then spreads throughout the crowd.

Last month the band released its new album, Sunday Sunday Great Test-Hits, and Streetkonect got to sit down and talk with the band's vocalist, Bobby Dee.

The band traces its roots to 2006 during our senior year in high school, we were called 'The Smurffs' back then and the band consisted of a different lineup. Then we changed our name to 'Anagram' later that year and played under that name for few years. Several name and lineup changes later, we finally had thecurrent lineup and settled for the name "Sunday Sunday" in 2010.

There were around 4 lineup changes before we got the current lineup of Myself, Cortz, Robbie and Jeremy.Jeremy joined back in late 2006, Cortz in late 2010 and finally robbie in 2011. The four of us are all batchmates in high school by the way, at USC-BHS!


We heard that your boss gave Sunday Sunday’s name. What’s the story behind that?

Hahaha...yes we were playing under the name "Serious Osmeña" during that time, it was around 2010 and my boss back then(Mr. Anthony Chua) came up with the name  and suggested it to me, he was into Indie rock and roll as well so I thought it was a great suggestion.

It's a name of a Blur song too, but we love Oasis more..haha

How long did it take to work on Sunday Sunday Great Test-Hits? Were there any hang-ups?

It took us more than a year to finish the album. We recorded the first song for the album January 2016.

During that time we became a 5 piece band, as our former bass player Joshua Suarez returned to the band to play guitars, but for personal reasons he had to leave again later that year, so we had to adjust to playing again as a 4 piece band and, we had to postpone our recording for some time to try to regroup and review our plans for the album. It was in early 2017 that we went back to recording again and we usually found time for recording during Jeremy's days-off from work.

Hang-ups were time constraints since we all had work(med school for Robbie).

What’s the band’s song-making process? Do the lyrics come first, and then the music comes after, or does it go the other way around?

It could go either way, but often times the music does come first. Some songs were written more than a decade ago, so it kinda helped us when trying to list down songs for the album.

One fun thing about writing the songs was when I would just go to Jeremy's house(that's where we recorded the album tracks except for the drum parts)  to work on some tunes or chord progressions right on the spot, we'd record a demo, send it Cortz and Robbie then we'd all record our parts the following week.

There were songs that we recorded/arranged that before we got to rehearse it in the studio. Again for songwriting process the music comes first, then the beer, then the lyrics..hahaha


Sunday Sunday’s lyrics (and titles) are pretty cheeky. What’s your writing process? Where do you find the words for your songs?

The lyrics don't really mean much to me at least, it's just a group of words arranged in a way to at least make it sound good when sung.

We love the whole wordplay thing, sounds cool..haha I do try to write the songs with a certain theme in mind but I don't necessarily write within the theme.

A lot of our titles don't have anything to do with the songs, we just think they're fun and I guess
we're trying to mask the meaning of the songs with funny titles.

The band’s always so vivacious playing up on stage. Where does Sunday Sunday’s energy come from?

Alcohol and adrenaline equals lowered inhibitions and energy..haha I guess that's just how we are on stage, we try as much as we can to have fun and it shows with how we
play live.


What are your favorite band moments?  Favorite places to play in? Do you guys have any signature moves when you play up on stage?

Favourite band moments would include messing up the songs on stage, and playing the songs right as well. Another would be doing our dance numbers, I think we're the only band that launches an album or EP and does a dance number in the middle of the set, at least we're pioneers of something..hahaha

Our favorite places to play in would be the pubs here in cebu, Mac Cafe, Handuraw, Azul, KOA, The Outpost(back in the day).

Signature moves, mine would include dancing around, and shouting in the middle of the song.

Jeremy's would be his happy drummer mode wherein he'd look so happy and doing dance like maneuvers while playing the drums.

Cortz's would be rocking out with his guitar, and closing his eyes feeling the music and scolding whoever makes a mistake. Robbie's would be his stationary bass playing stance with the occasional bobbing of his head.


Looking back at everything that your band’s been through, what kind of advice would you give your younger self?

Make time for music. The goal is to "Live Forever"

You can check out Sunday Sunday Great Test-Hits on bandcamp right here.