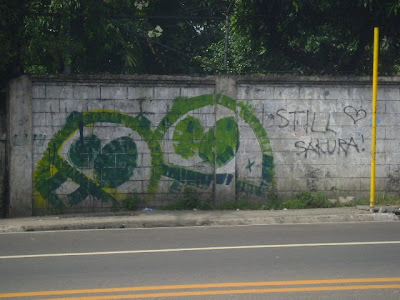 Streetkonect: How’s your street art today..and what would it be for tomorrow?
I’ve done hardcore works….I still craving for harder!

Streetkonect: What do you mean by hardcore in street art?
Ahmmm…you are different from the others!

Streetkonect: What is your feeling when someone imitates your painting style?
Nothing!...Let them doi it!..I am flattered when I see someone imitates my style…It means that I am famous!..heheheh

Streetkonect: How did u got into the scene?
I started as a tagger!...then I saw koloWn, Rotten, and Mell doing different styles..they inspired me to elevate from tagging into different style! 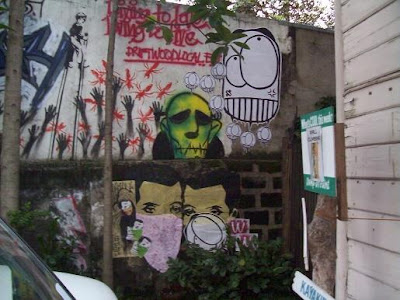 Streetkonect: What would like to see on the walls?
I like to see varieties of style..not just the old skol graffiti!

Streetkonect: What can you say about the people who thinks that your style is ugly?
Fuck them all!..hahaha!...i make art for myself!...

Streetkonect: Who is Sakura?
Sakura is a mythical thing!.hehehe. koloWn and I created it!. We created it as way of making people shocked!..until many street atists intervened!.... we really don’t know who is doing the sakura shit now!...i think the project is successful! 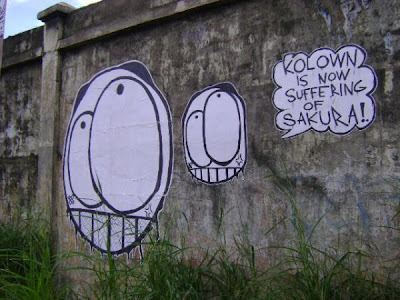 Streetkonect: What was the feeling?
Happy!...in that way I could boast my adventures!

Streetkonect: Are you not tired of doing street art when you earned nothing?
Nope!...I feel happy when doing it!..its my hobby!

Streetkonect: We heard that your mother is angry on what you are doing…what can you say to that?
Nothing!...It’s better than using drugs!..heheheh

Streetkonect: Who are those guys you want to paint with?
I like those who make adventurous works!..who make beautiful illegal things!.. 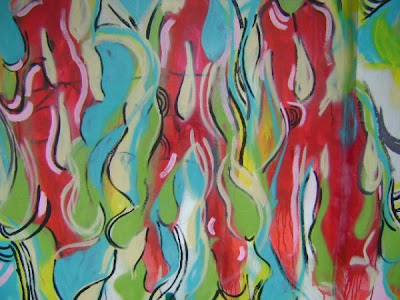 Streetkonect : Who do you admire, artists who make “beautiful legal pieces” or “illegal ugly works”?
For me, I admire who do the illegal works!..I like their courage and dedication!

Streetkonect : What can u say that there are lots of groups that is emerging now?..
I don’t discriminate them!..I don’t down other people!..

Streetkonect : What would you feel if your works get bombed?
nothing!...in street art there are no rules!

Streetkonect : Last words to end this interview!
“I like to be a bomber whoz works speaks for myself than to be a so-called artist who is more words than action”