By isaw November 07, 2010
Known as the enigmatic artist who gave slums a human face, JR will receive the TED Prize 2011, which is worth $100,000.00 and "One Wish to Change the World." We can only wonder what his "One Wish" is. We'll find out in the 2011 TED Conference which will run from February 28 to March 4, 2011. The wish will lead to "collaborative initiatives with far-reaching impact." Previous recipients of the TED Prize are Bill Clinton, Bono, Sylvia Earle, and Jill Tarter among many others. English chef Jaime Oliver won this year's TED Prize and his "One Wish" is “I wish for your help to create a strong, sustainable movement to educate every child about food, inspire families to cook again and empower people everywhere to fight obesity.”

JR, who started as a photographer after finding a camera in a Paris subway, embarked on his first major project in 2001 and 2002, touring Europe, documenting its street art, and tracking the trails of wall writers. He has since made large-scale productions of photographs of locals in slums around the world, people living in conflict areas and other human subjects which he posts in the neighborhoods and cities where his human subjects are from. 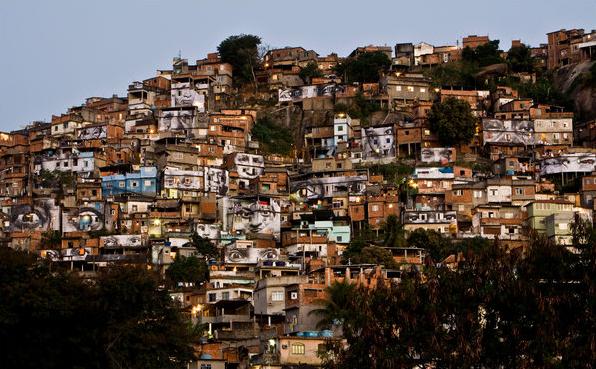 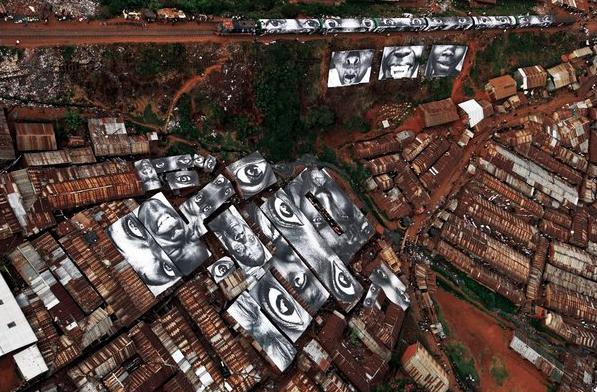 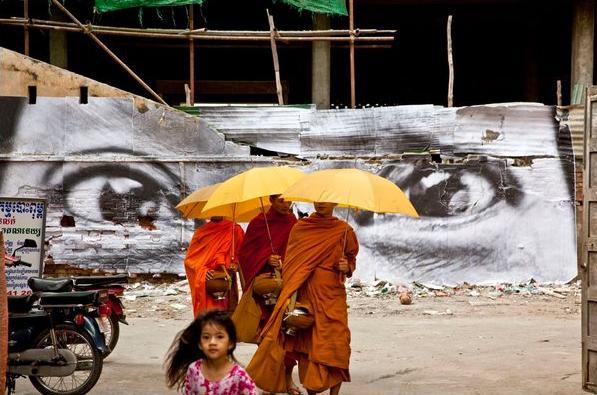 JR's stunning creations is not wholly his own. It involves the members of the communities he visits. He engages them to participate in the large-scale production and posting of images. We can catch a glimpse of the process in the trailer of JR's film project called "Women are Heroes".
TRAILER " WOMEN ARE HEROES" from SOCIAL ANIMALS on Vimeo.
"Women are Heroes" is a project that underlines the dignity of women who are targets of conflict. It was first presented at the Cannes Film Festival where it was received with a standing ovation. Visit the project's official site to know more about it.
There's much to look out from JR. JR is currently working on two projects. "Wrinkles of the City" questions the city and its inhabitants' memories. "Unframed" takes museums' images out of their archives and exposes them to the world as huge-format photos on cities' walls.
Sources:
Award to Artist Who Gives Slums a Human Face
Congratulations to the TED Prize 2011 Winner: JR
Links:
"Women are Heroes" Project Official Site-English
TED.com