By isaw December 26, 2010
In Pittsburgh's East Liberty neighborhood, you can find a line of people in front of a colorful take-out restaurant beside Waffle Shop on the corner of Highland and Baum. 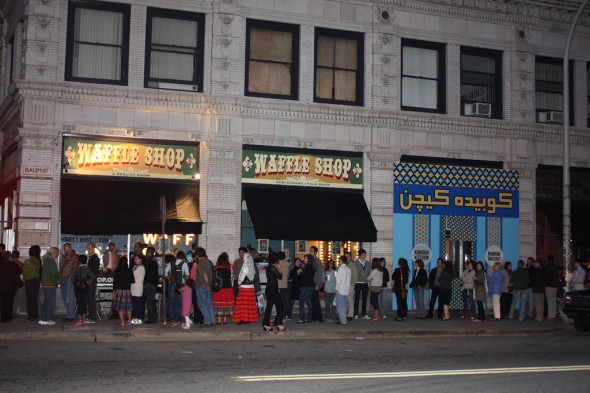 Large Arabic letters are spread out on top of the restaurant's mouth. Early in May this year, the Arabic letters read "Kubideh Kitchen", which meant the take-out restaurant was serving kubideh, an Iranian minced meet kebab. 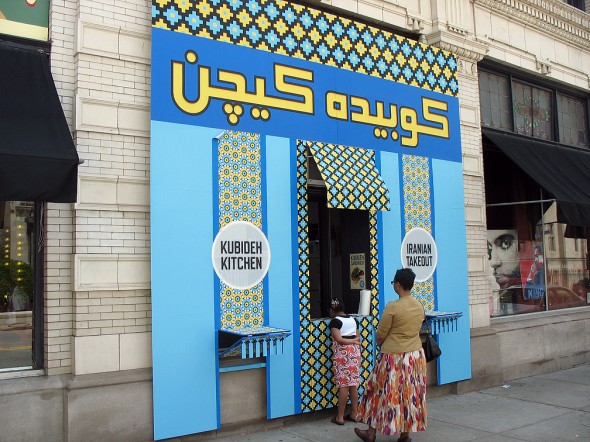 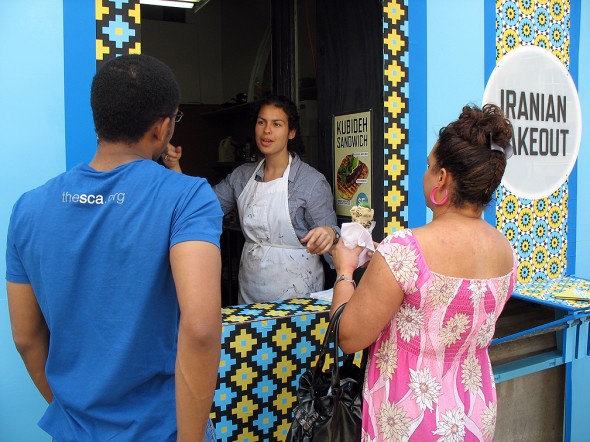 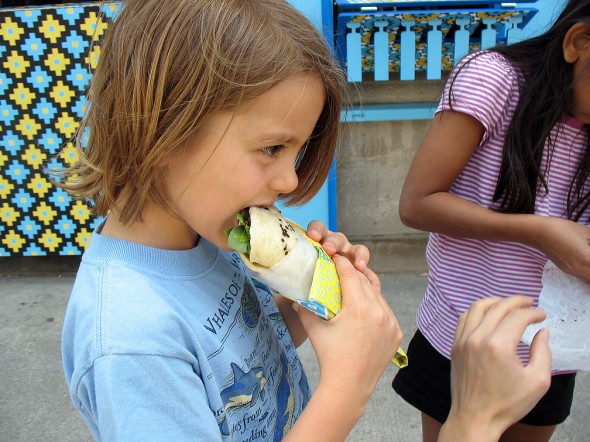 On the same month, the facade of the restaurant changed as well as the Arabic letters, which then read "Bolani Pazi", pertaining to the new dish it was serving--Afghan turnovers filled with pumpkin, lentils, potato and leeks or spinach. 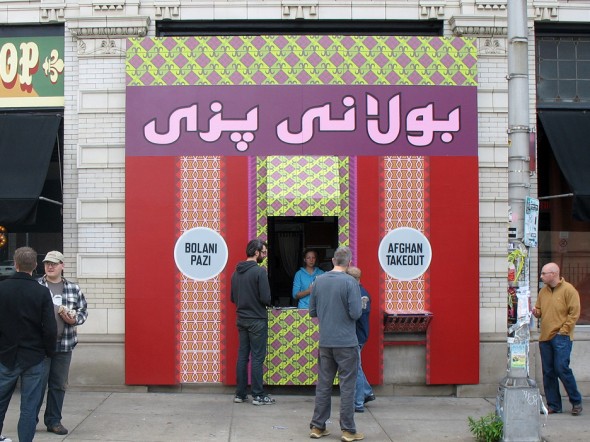 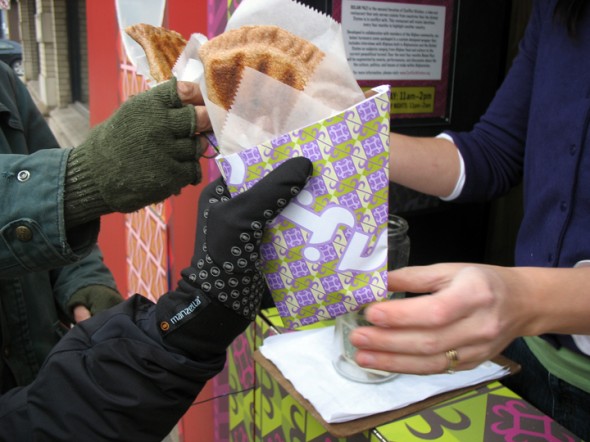 In the coming months, the restaurant will continue to change facades and menus. But one of the things that will remain is its commitment to serving cuisine only from the countries the United States is in conflict with. This take-out restaurant is, after all, called the Conflict Kitchen.

Although its menu may be exclusive to countries in conflict with the US, the cause of the kitchen is not to purvey further conflict. "Conflict Kitchen creates an ongoing platform for first-person discussion of international conflict, culture, and politics. In addition, the project introduces a rotating venue for culinary and cultural diversity in Pittsburgh, as future iterations will focus on  North Korea, Venezuela, and more." 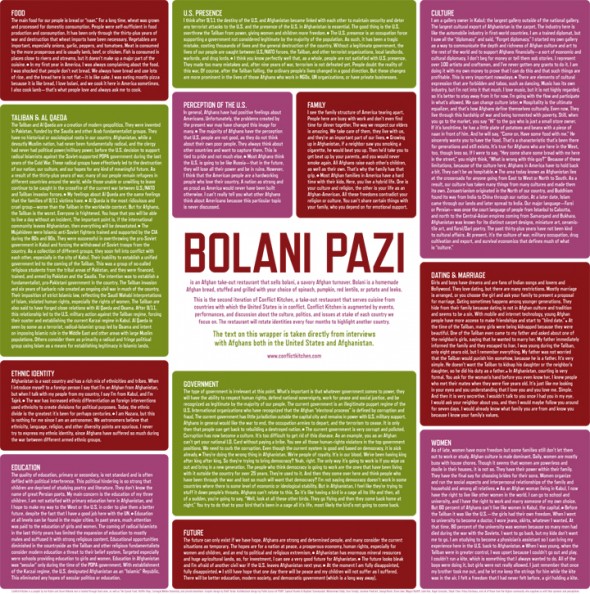