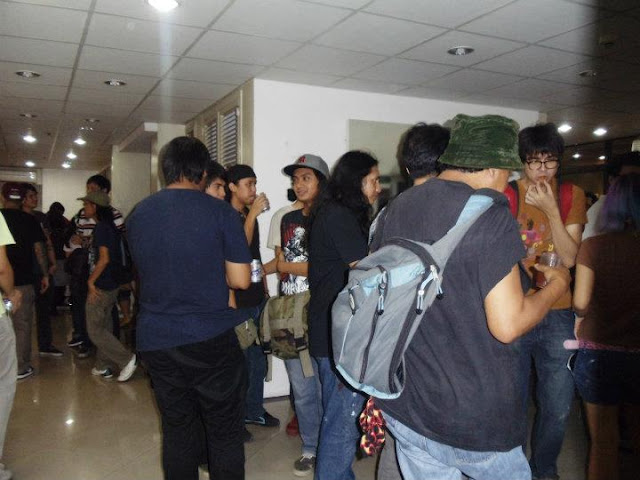 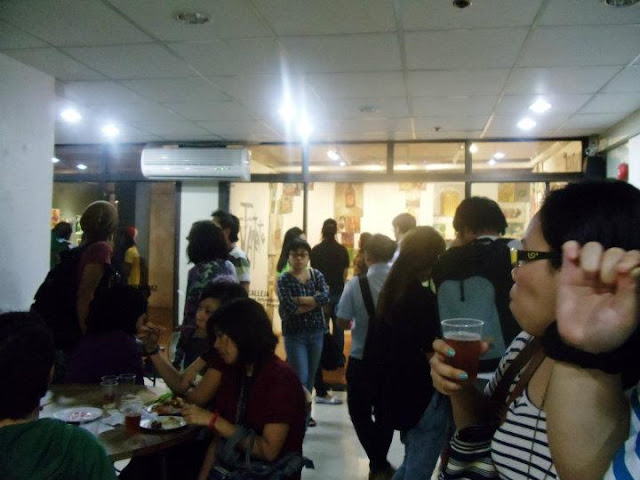 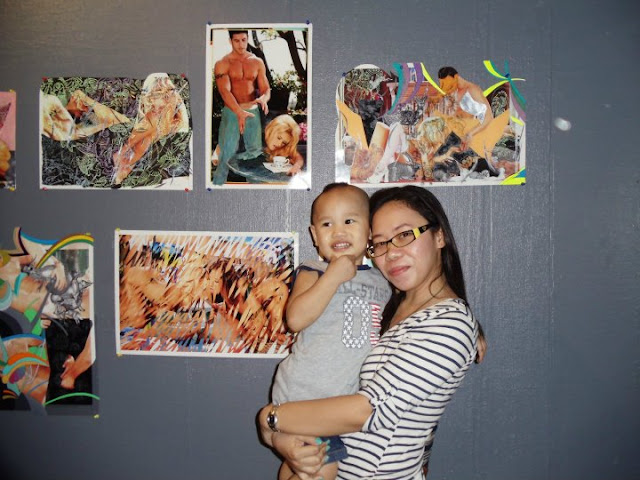 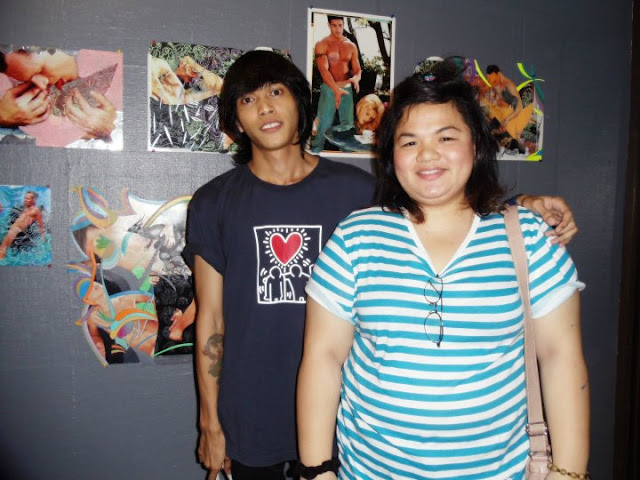 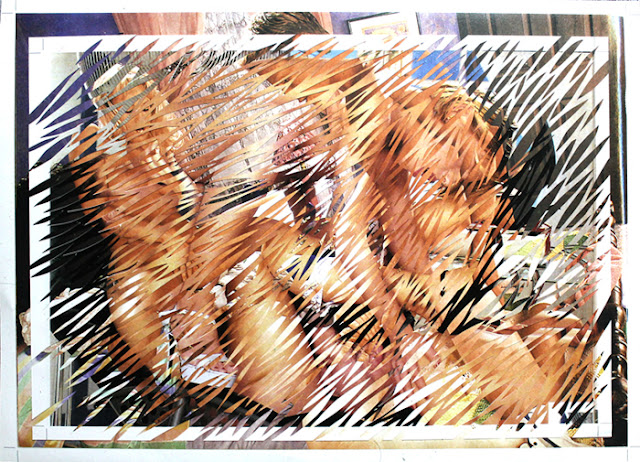 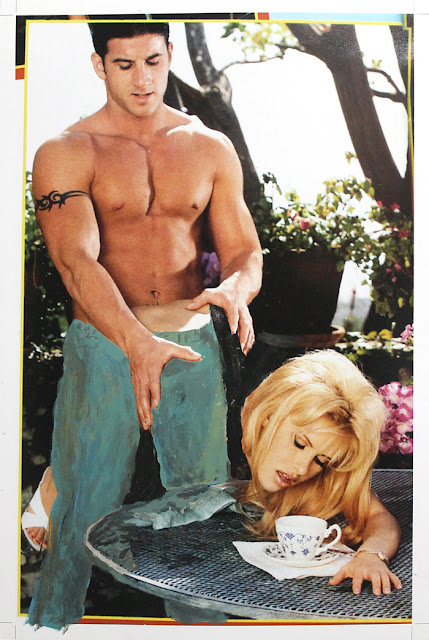 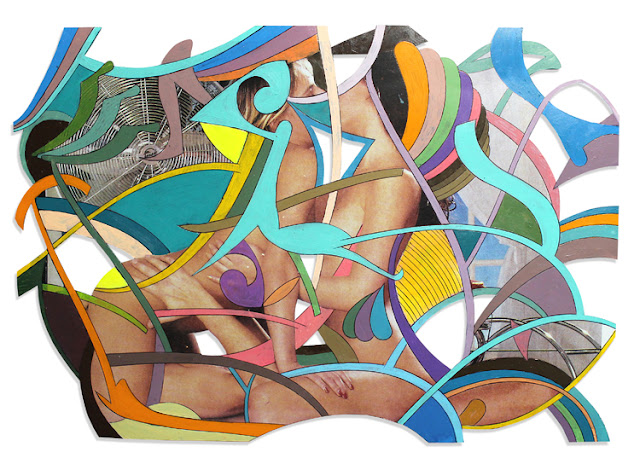 
In XOXOXO, Dex Fernandez plays around with images culled from adult magazines, putting a new spin on them by adding layers of mixed media on the repainted images. Thus, he only hints at their original context, turning them into nearly abstract configurations, especially when viewed from a distance.

Fernandez is not afraid to say, “Art is porn, and porn is art,” not drawing a line between what is acceptable and what is taboo. To him, both aim to entertain and satisfy the senses. And he hopes viewers will be as open-minded as he is when they see his latest works. More than just polishing his skills, he also sees himself as a “warrior,” fighting to open viewers’ minds to other types of art, particularly the so-called low brow art, in which the standards of fine art does not necessarily apply.
Initially, he was thinking of calling this new series “Porn-Again,” as a reference to a newfound belief system or religion to which one privately subscribes. He decided on XOXOXO, from “XOXO,” or loosely meaning, “kiss hug kiss hug,” a term of affection usually written at the end of a written letter, E-mail or SMS message. By adding “XO,” Fernandez distorts the meaning by relating it to “XXX,” connoting censorship or mark-up. Choosing not to put specific titles on the works, Fernandez, who also dabbled in street art, wants to enjoy the moment of creating, and not thinking about rigid rules or criteria on aesthetics.
While still using symbols and other emblems that mark each character in his works, Fernandez has since widened his portfolio after working on assemblage portraits and objects of excessive worship or adulation in his earlier exhibits. With every new exhibit, he wants to surprise both himself and the audience.
The fine arts graduate from the Technological University of the Philippines and recipient of an arts grant in Vermont this October says this latest series is somehow a product of one of the works featured in his first one-man exhibit, -+*. He just raises it to another level, experimenting with the images repeatedly in an effort to reveal new nuances upon adding more visual elements. By concealing the suggestive portions of the image, Fernandez says he is not purposely sanitizing it. He does it to form a new story or narrative, which he hopes are intellectually stimulating enough to stir the imagination of the viewers.