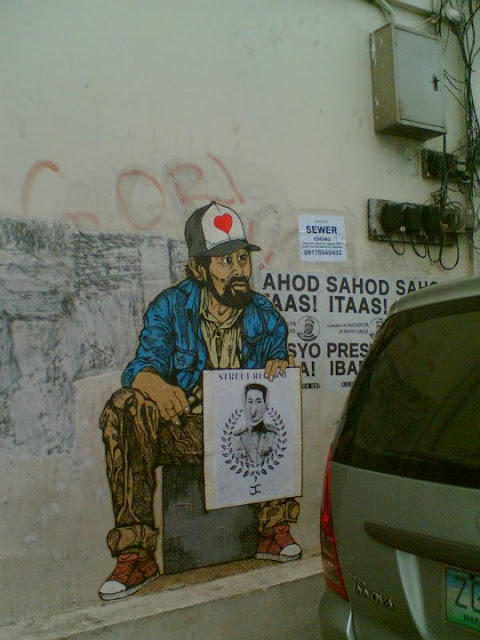 In Marulas, Valenzuela City, Philippines. Photo courtesy of Barrios
Barrios and Blic team up again to reform the streets in their second collaboration piece featuring a Barrios man holding a Blic "Street Reform" campaign poster. Previously, Blic pasted a Barrios piece in Manila. Considering their active participation in the street art scenes in their respective cities of Valenzuela and Cavite, we expect to see more of this.