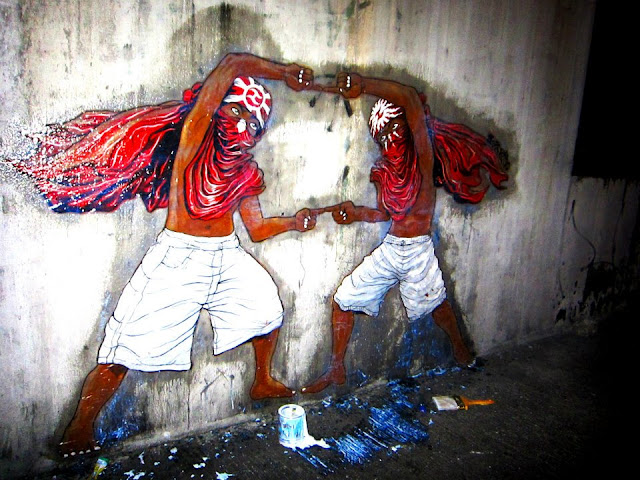 Gerilya presents yet another outstanding paste-up piece at Katipunan-Aurora Crossing in Quezon City. The piece shows a "Magdiwang Ranger" and a "Magdalo Ranger" doing a fusion dance. Dragon Ball fans would know what. It unifies two entities into a single superior being. More apparent than the DBZ reference, is the reference to Philippine history through the flags worn by the Pinoy Rangers. These were the flags of two Katipunan factions, "Magdiwang" (led by Mariano Alvarez) and "Magdalo" (led by Emilio Aguinaldo), which were the two major Katipunan factions in Cavite, Philippines. Historically though, the two factions had a rivaly, which Bonifacio tried to mediate. On March 22, 1897, the Magdalo and Magdiwang met at the Tejeros Convention, initially aimed to discuss Cavite's defense against the Spaniards. Instead, the meeting turned into an election--Philippine's first presidential and vice-presidential elections. As Supremo, Bonifacio presided over the elections and secured the finality of the decision. The elections resulted to Emilio Aguinaldo's win by 146 votes. Andres Bonifacio (Magdiwang) followed with 80 votes and Mariano Trias (Magdalo) with 30 votes. What happened to Bonifacio and Trias after the elections? Go, do your research. :)

As for the Magdalo and Magdiwang, they were combined into a singular force--a government body under Emilio Aguinaldo's presidency at the Tejeros Convention .

The Magdalo Ranger x Magdiwang Ranger piece is the second piece of the Pinoy Ranger series. The first one also featured here earlier this month, quickly beamed up to space a week after its posting. 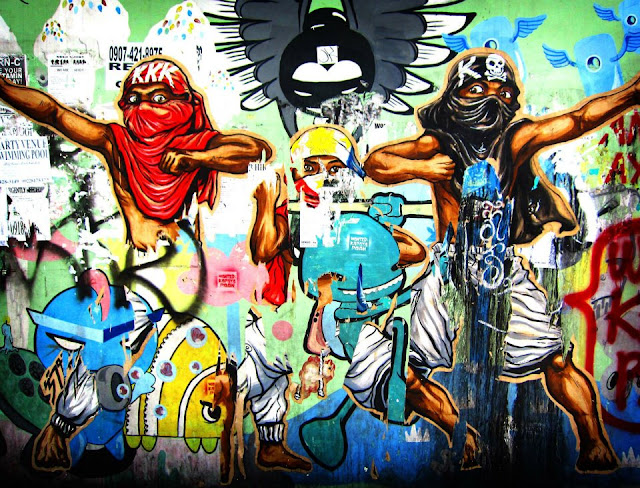 Well, let's hope the second ones don't beam up too soon. Hear that, Scotty? Because they got a mission to continue.