By streetkonect August 31, 2012
We got scorching graffiti action Iloilo courtesy of "U Swag Ilo-ilo Productions". Last August 25, 2012, the Ilonggo productions held "Batoru Rowairu", their answer to Japan's dystopic novel of the same name. But this time, no guns or random weapon objects were given and the battles are not fights to the death. Instead, it was pure fun under the sun's heat as writers battled over piecings and sketches, MCs over the best beats and rhymes and thrashers over the best flips. 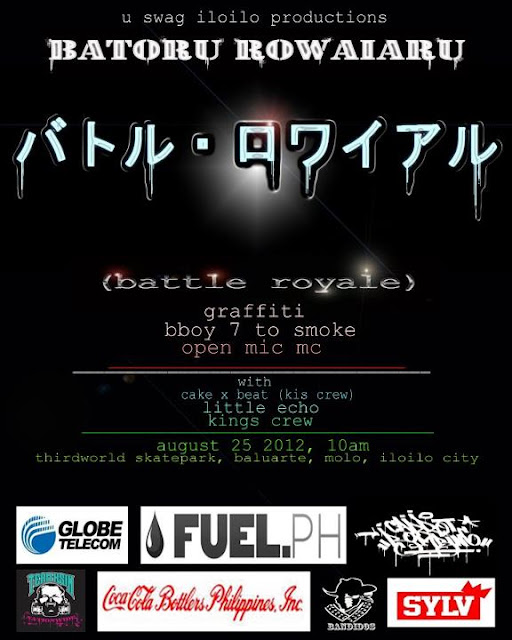 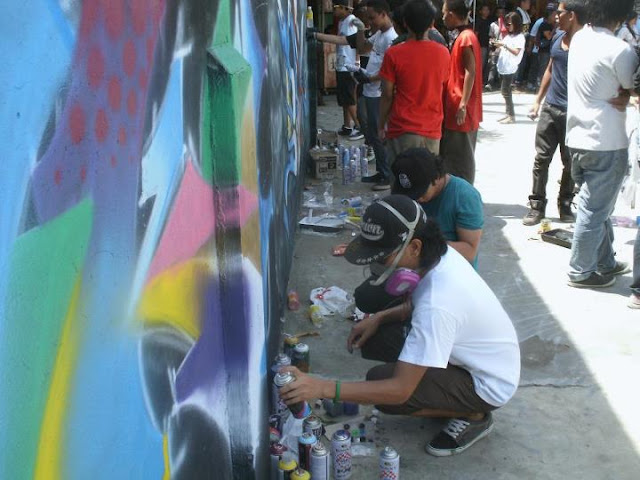 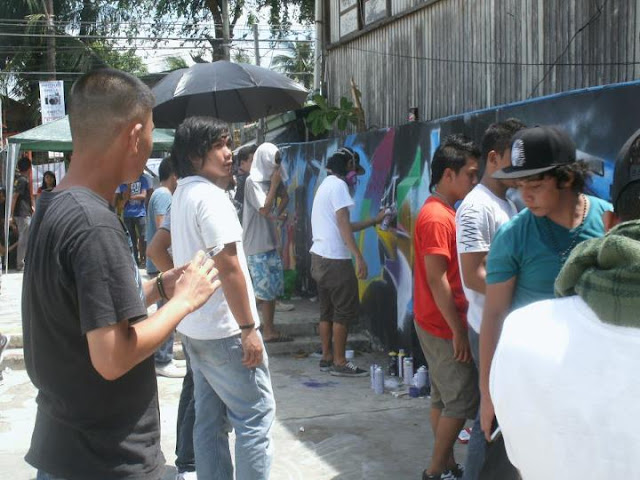 And don't think it's over because there's "The Aftermath". 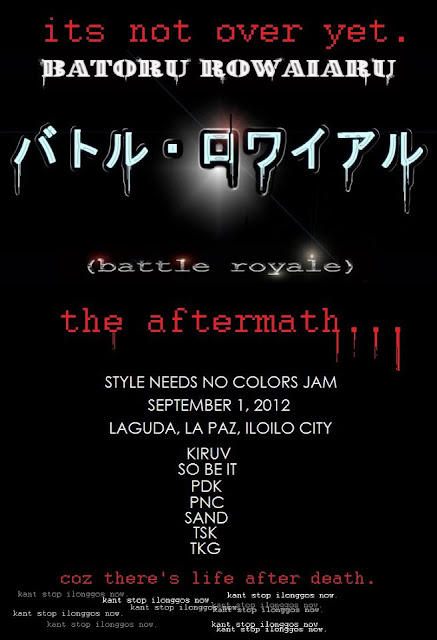 The "Aftermath" invites writers to come to Laguda, La Paz, Iloilo this September 1 (that's tomorrow!) to paint in monochrome (black, white and gray) because as they say "style needs no colors." For inquiries, see the Kant Stop Ilonggos Now page.

Ilonggos sure know how to have fun and you can't stop them.