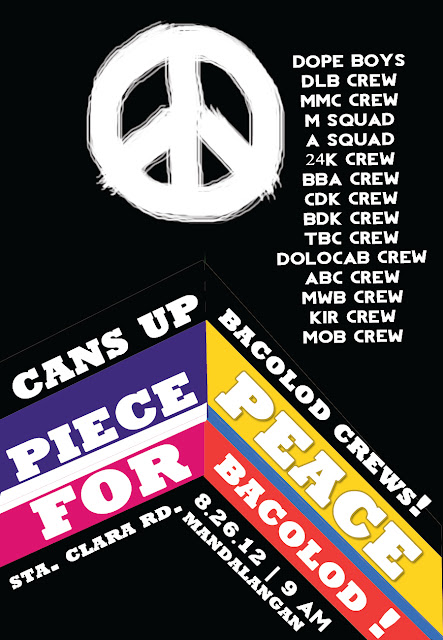 The current graffiti wars in Bacolod has prompted several concerned writers to hold a one day paint sesh for all Bacolod crews in hopes of fostering unity. According to Dolocab Crew in their FB account, the graffiti scene in Bacolod is dying because of the graffiti wars caused by shameless beefing. They aim to usher in a new era of understanding through this event.