Playground of the Gods: Exhibit by Whoop 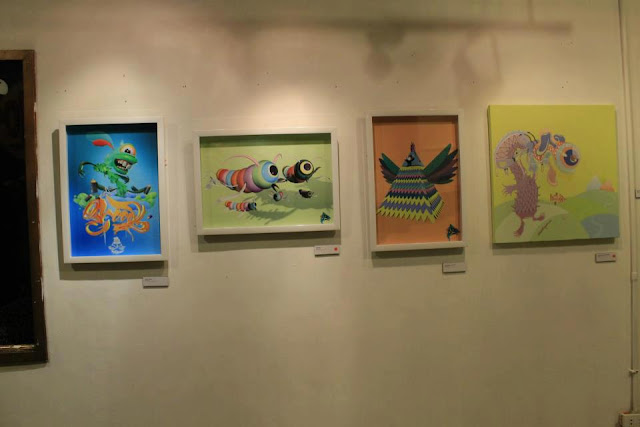 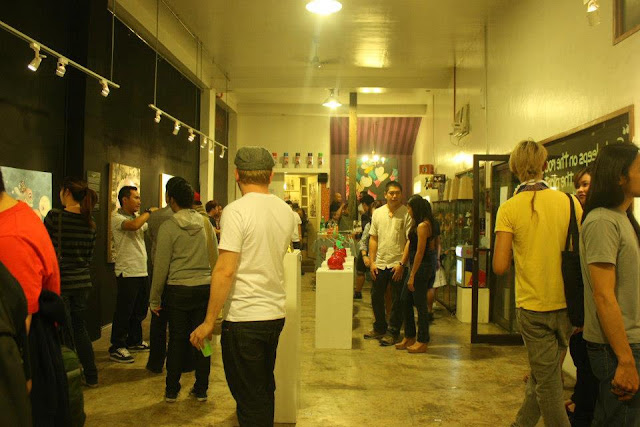 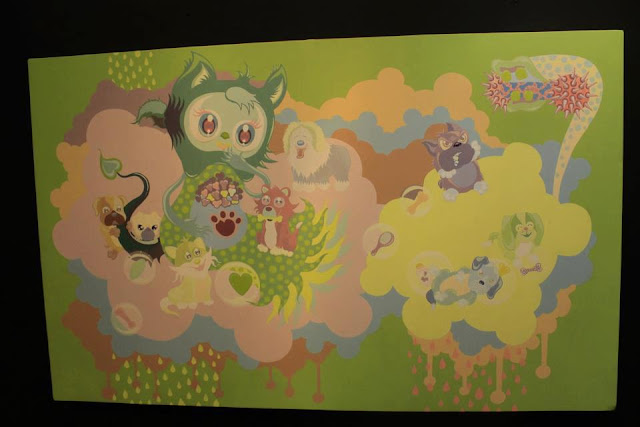 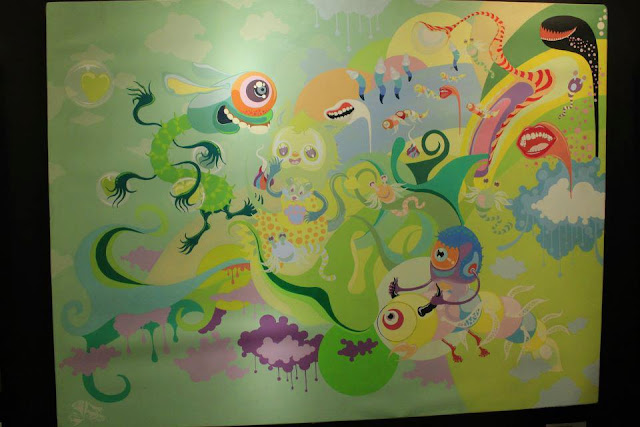 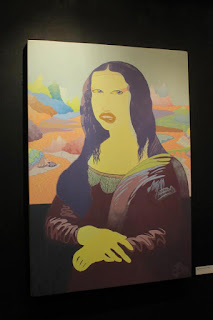 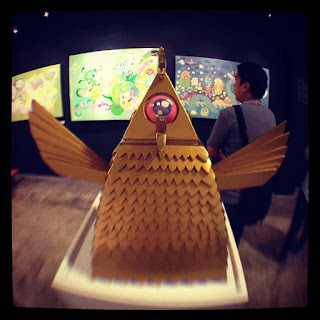 
Belief and its subsequent betrayals are at the center of a maelstrom, at the swirling core of street artist Whooop’s 3rd solo exhibit, Playground of The Gods. Both Demon and Deity are kindling in its wake, as shaken faith and answered prayers are filtered through brushstroke and unto canvas. In a year marked by personal turmoil and redemption, this is Whooops most powerful—and personal—showing yet.

Once again, the myriad pastels and prancing familiars that define his art arouse a serene, almost playful sensibility. It is inviting, even friendly. As if peering into a rabbit’s hole. But the depth of that space and the themes gnashing and thundering at its very bottom show his growth as an artist. The very same growth that he sees as an intrusion; he resists all the same. The veneer of whimsy then gives away, crackling and bending, its frayed edges peeling under the might of stories and experiences we only share in hushed whispers to each other.

Every piece in Whooop’s gallery has a beginning and a lasting finish... an imprint. It is in these fertile playgrounds that faith, morality, consequence, and the Lords and Inamoratas who inhabit them wage war upon each other.
The tales spun on canvas can oftentimes spill to the floor, on a chessboard where divine beings plot and scheme to have no other gods before them.
An atomic cloud might freeze to bear life giving fruit.
Or the iconic Mona Lisa disruptively biting her lower lip...because she knows something you do not.

The art before you is haunting and intimate, in the same way distant playground chatter might draw you towards it. But you are not there. You are in a rabbit hole. In his world, in his hole. And the gods frolic around you.