By Leero July 16, 2013
This is probably the most overdue post in the history of StreetKonect, it's been a year and seven months, but as they say, it's better late than never!
We've been putting off the posting of this event since we lost most of the photos and files, but miraculously we got a hold of some of the files, but it was just a year and seven months late. Nevertheless we're still archiving this extremely overdue post because we feel it's important to keep an online documentation of this event.

From Cebu With Love was a fundraising event we did back in 2011 for the flash flood incident that hit the Mindanao Area, specifically Cagayan de Oro and Iligan.
We sold small artworks for cash and  donations, all the proceeds went to the victims of the flash flood.

We'd like to thank all the artist who contributed their works, and to everybody who bought artworks and donated.

Credits to Skunk for the photos. 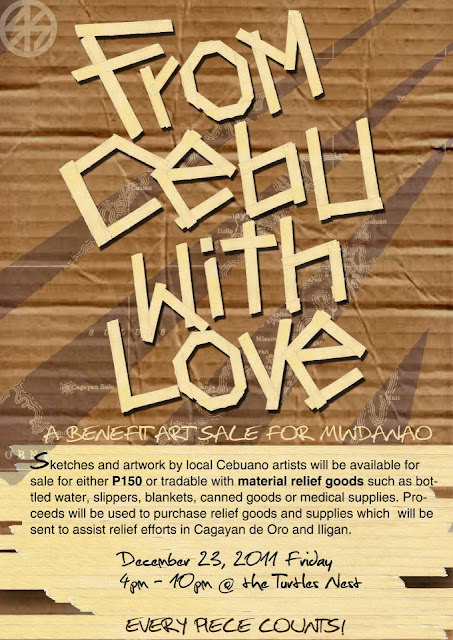