By Leero February 14, 2014
The Russ Ligtas process employs autobiography as a platform to study and confront the human condition through the specificities of his own individual context; the product of such self-analyses becomes his art. Russ discusses the common and the commonly veiled vagaries of existence by placing himself as the subject of such discussions either in front of an audience or through the confessional nature of his non-performative works.

In his performances, Russ assumes characters that are specialized versions of himself- alter egos that have developed as a means of dealing with reality. He performs within a theatrical template that incorporates various perspectives and media such as butoh, text, video, music, photography etc., insisting that theatrical techniques are necessary in creating moments of beauty and insight via performance.

Russ earned his bachelor’s degree in Fine Arts at the University of the Philippines in Cebu with a major in Painting. He is a member of Cebu’s only performance art group XO. He is also a member of The Academy of Everything is Possible based in Dublin and founded by his late teacher Gordon Campbell, who is a student of Joseph Beuys.

Russ loves nature in all its manifestations, from the ocean to the mountains to the stars. He particularly enjoys the company of cetaceans more than humans most of the time. He currently resides in Metro Manila, Philippines. 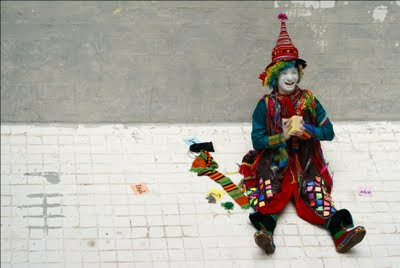 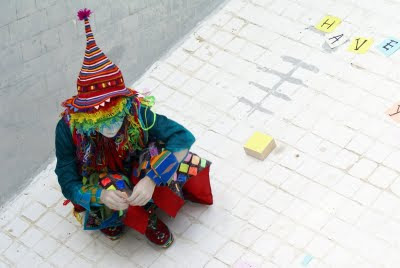