Of Wine and Grape Juice 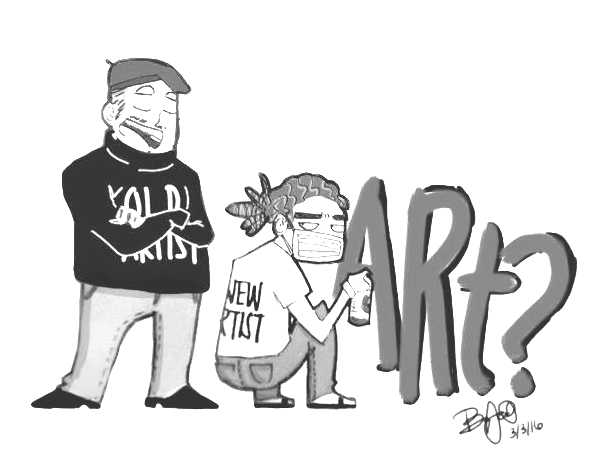 “Dr. Armonson stitched up her wrist wounds. Within five minutes of the transfusion he declared her out of danger. Chucking her under the chin, he said, "What are you doing here, honey? You're not even old enough to know how bad life gets."

And it was then Cecilia gave orally what was to be her only form of suicide note, and a useless one at that, because she was going to live: "Obviously, Doctor," she said, "you've never been a thirteen-year-old girl.”
- Jeffrey Eugenides,                 The Virgin Suicides

There are two ways you could have read that. I can imagine the Cecilia sympathizers feel a pang in their chest because they know just what it means to be misunderstood being the special snowflakes they are. At the same time, I hear you out Dr. Armonson's of the world—kids can say the darndest things.

The middle-class art school students talking of "hustling" with a self-seriousness devoid of any self-awareness. The unpaid intern who thinks nothing of coming in late but complains at the slightest hint of overtime. The new bands taking over the live gig venues from one's youth. Cue eye-rolls for The Millennial, please!

Yet once upon a time, the punks and hippies were someone's kids. In their happily ever after, they grew up to be the pissed parents themselves. The "cool" mom/dad would decry the verdict, but at one point in everyone's existence regardless of length, we have been guilty for crimes of rose-colored retrospection.

In these amnesic days of Marcos apologists, it's easy to be excessively reverent for the past. Film, vinyl, Martial Law... Have the best years of our lives truly passed us by? The digital revolution was the EDSA that democratized movies and music for all. Ours is a cultural education made possible by piracy. Thanks to the Torrent Gods of Good Taste, we have access to works we would otherwise never acquire on our own. These are developments of the new. It is said that the Internet went on to kill Television which killed Cinema which killed Theater. The year is 2016 and the only thing that has died are the arguments delegitimizing the bastard offshoot art forms that once threatened their predecessors.

Age, I've found, is the best bulletproof vest/anti-venom against criticism. There are professors with artistic dry spells even older than the median age of the classes they instruct. With portfolios last updated in the 80s, whatever they pass on by way of technical know-how is nothing more than a time capsule on how things used to be. I guess tenure is the most powerful force there is in the world though, next to love. I teleported to the future! In the apocalypse he was still talking about the glory days.

Along the government front, our worldly Titos and Titas are now the self-appointed leaders of the cultural sector. Much in the same way the Oscars were so white (Congrats, Leo!), the circle jerk clubs that are these councils and committees have issues with diversity, age-wise. See, some of these key roles are raffled off to individuals on the strength of how long they've been around or who they know, not necessarily for what they can offer. Wisdom? That's nice, but I wish it came with a side of Catching-Up-With-The-Times.

I emo-cry a little every time funding is funneled into projects that don’t even benefit the other stakeholders (or go unspent altogether in bureaucratic chokeholds). What of helping enforce policies already passed by the law that protect the interests of actual practitioners (here's looking at you, Entertainment Tax of Cebu!)? Why all this fancy talk about reviving some Golden Age if the living creators are fighting tooth and nail just to put their work out there? You know, so this scene we've got could actually become a sustainable industry?

Post-Great Recession, millennials have had to fix an economy they inherited from the previous generation. However, still emblazoned upon every quarter life crisis sufferer is the scarlet letter E for Entitled. It makes one wonder why the adults—in charge, more experienced, of infinite agency to incite change beyond hashtags—instead lay on the blame game thick on the kids for failing to clean up after the mess they left behind.

There's this parable about a young artist demanding fair compensation. In exchange for his services, his client insisted "exposure" would be enough to feed him, pay the bills and cure cancer. When he refused, he was swiftly replaced with young artist #2 who had yet to awaken to his own worth and was willing to work for free. The End. Moral lesson: It's hangyo their way or the highway, you little ingrate.

We have breathed long enough in this world to see the best men of our time—Bill Cosby, Jimmy Savile, Bikram Choudhury, that guy from Subway—turn out to be pretty gross, like shriveled raisins on what you thought was a chocolate chip cookie. Brigitte Bardot and Donald Trump could be bedfellows with their anti-Muslim rhetoric. The Pacman is only your friend if you're straight. Two local design schools have historically waged word wars in what is seemingly a masterclass on how not to social media. The seniors who hire you will pull a Houdini when it's time to pay up, stalling with excuses no worse than "The dog ate my homework!". This despite giving you hell for missing revision deadlines. Kill your idols, so they say. Your elders might just be babies too, except with deader bodies.


Friends across different life stages, this is not youthful hubris hate mail. Thank you for birthing us into this world. Had it not been for your efforts, none of us would have grown up to be the smug know-it-alls we are now, writing rants against you for our blog to get lots of hits. A toast to the pioneers and cheers to the offenders, rule-breakers and eyebrow-raisers! May we all one day see the light from each other's eyes.