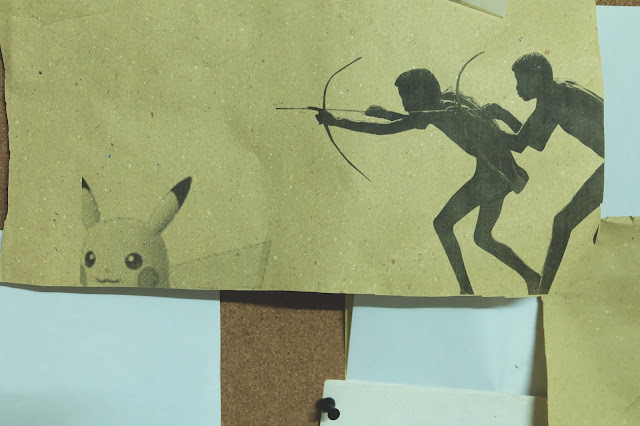 On a rainy afternoon, an old guy sipping stallion in 7/11 began talking about his childhood.Maybe he was tipsy. He was telling me how envious he was of his friends and neighbors going out everyday and night hunting for wild animals as pets and food. He could only do this during weekends.

Many of his stories were random and I couldn’t comprehend most of it. Although hunting might seem illegal, they devised many techniques. For example they used "Tubli" he said, a toxin from a plant, which they used to poison fishes during low tide. He was laughing while he recalled that baby hito, or catfish, that looked like tadpoles were immune to the poison. He jumped to another topic, telling me how excited he was during the near harvest season not because of the corn, but because it is also the season for spiders. He was also telling me he collected broken vinyl records of The Beatles to make birds dizzy and easier to catch. Then he narrated that his barrio had pogo, bayawak, and many other rare creatures. 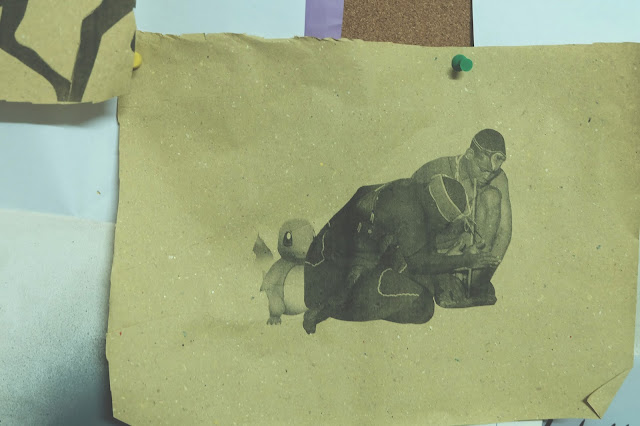 After 4 bottles he decided to leave when four teens arrived to buy gulp. They were all sweaty, one guy bragging to his friends that he caught a Bulbasaur, a Charmander and a Jigglypuff! I asked myself, "Humans must be wired to hunt?"

For the most part humans live in hunting and gathering societies and there might be still a large part of our subconscious for hunting? The Stallion man and the Gulp Kids might be my first evidence of that hypothesis. Even though the former is bloody while the latter is glitchy, they share the same passion and enthusiasm.

Last week I was tempted to buy a fishing rod in an online shop but whenever I pass Subangdaku river my angel would tell me not to, but download Pokemon Go and catch Magikarp instead.

words by: xoxo92
artworks by: koloWn