Umbra: The Triumph of Light and Shadow

Many times we find ourselves confronted by the principle of duality. Good and evil. Life and death. Yin and Yang.  Concepts often come in binary divisions; take away one and the other ceases to exist.

Photographers Banawe Corvera and Jan Sunday understand this principle well, taking to their lenses to document women through the consummation of light and shadow.  Last August 12, the two prolific artists displayed their works in 856 Gallery for their first duo exhibit, “Umbra,” a collection of 27 monochromatic photos celebrating womanhood in its various shades and forms. 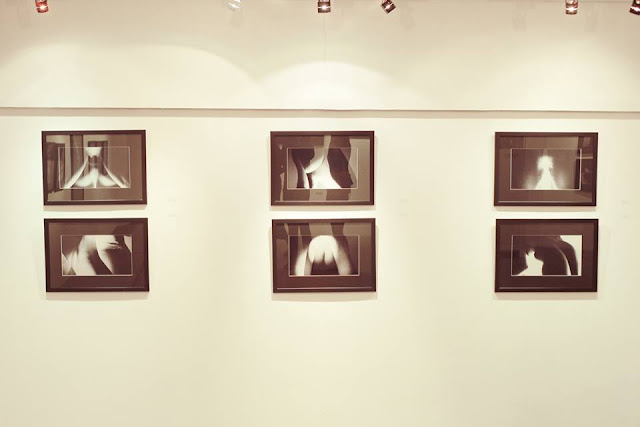 Standing for shadow and darkness, the word “Umbra” makes a good representation of how the two photographers romance with the varying gradations of luminosity that carve out the female spirit.

In a post-exhibit interview, the feminist artist Sunday said that she believed that beauty wasn’t  just found in the pleasantry of face and form – beauty was in a woman’s entirety; both in light and shade.
Though they both delve in black and white photography, the two artists have distinct styles: Corvera takes low-key monochromatic images, playing with abstractions, femininity and grace in landscapes whereas Sunday’s work resonates womanhood in its darker, abstract and more sensual moments. 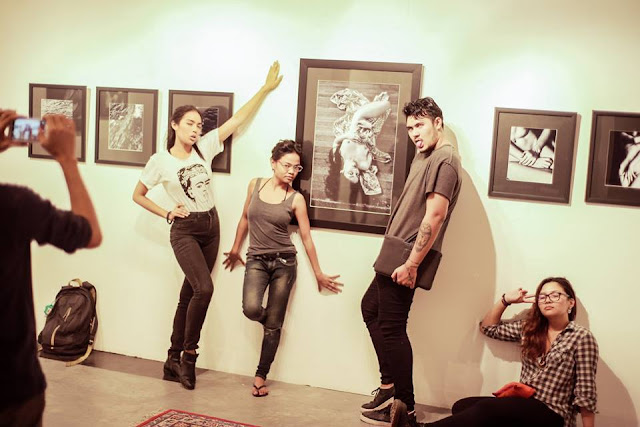 Coming together for “Umbra” however, the two represent a duality of their own as their compositions form a complimentary tone.  Corvera finds a kindred spirit in Sunday’s work; not only do they have the same fascination for low-key lighting, but they both have the same appreciation for the female form as well. 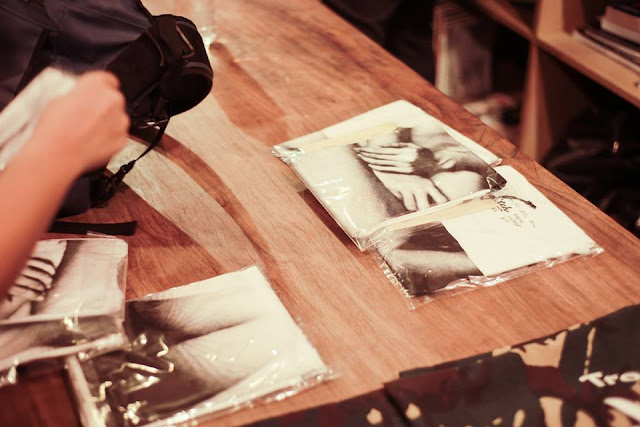 Several years ago when Sunday had first seen Banawe’s work she had found herself taken back to her artistic roots in photography.  They hadn’t known each other then, but Corvera’s works spoke to her so clearly.

Since then the two have joined in a few of the same group pop exhibits like last year’s all-female presentation, “Hera” and older exhibit “Box of Little Secrets.” Given their past experience, their synergy and solidarity, it made perfect sense for the two to partner and collaborate on “Umbra.” 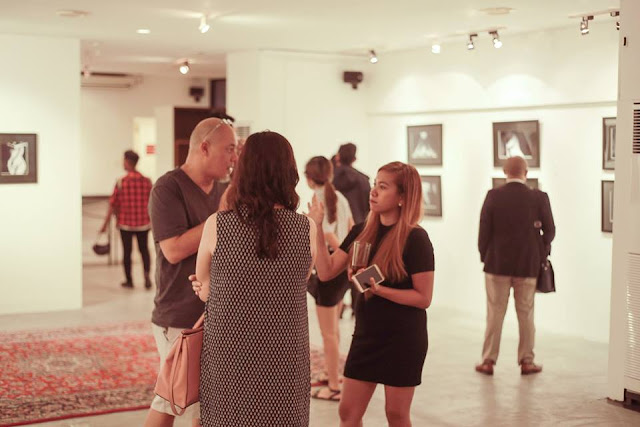 A successful show, “Umbra” was pleasantly filled on its opening night.Visitors from the art community and potential buyers traipsed around the room, flittering from wall to wall to take appreciative looks and selfies in the gallery.

Of course, Corvera and Sunday’s exhibition was not without challenge.  Sunday found her spine hurting while she was taking photos and was occasionally visited by anxiety. The howtoadult vs. howtobeyou   issue can be a staunching hurdle to deal with, especially in art. Corvera also had to deal with her own problems during the process of preparation, finding difficulty in shortlisting photos to create a solid collection and finding unity in her art. 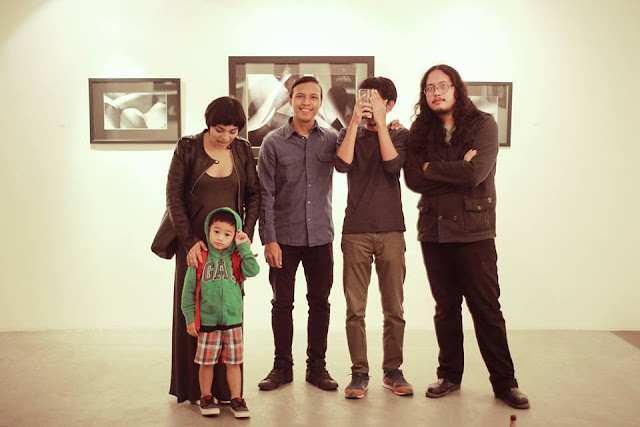 Not only that, but another marked obstacle is the difficulty female artists undergo in showing solo or duo exhibits in the locality. While male artists enjoy moving along the art scene with multiple solo exhibits quite easily, female artists often have to do with group exhibits instead. However, despite the artistic barriers they had to face, the two managed to pull off a pop up exhibit that marked as another triumph for female artists in the country.

Imagine two females presenting risqué images while using an unorthodox medium (photography) that often doesn’t sell in shows.  The success of “Umbra” is definitely cause for celebration. 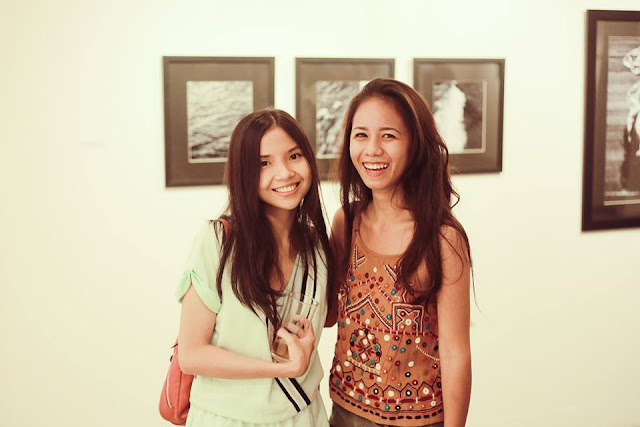 Now with the exhibit leaving the creative scene with waves, what kind of advice would the “Umbra” photographers have for others?  Corvera and Sunday leave budding artists and photographers with these words:

“Keep shooting. Find a visual style that you feel strongly for. Never be afraid to explore.  Go ahead, make a dent.”