Since 2012, BINISAYA hosts an annual short film competition. This year, over 60 short films were submitted from participants hailing from different parts of the Visayas and Mindanao, namely, Cebu, Iloilo, Leyte, Cagayan De Oro, and Davao. We are proud to announce the top 10 short films that have made it to the competition. The winner will be announced during the BINISAYA Film Festival this coming September. 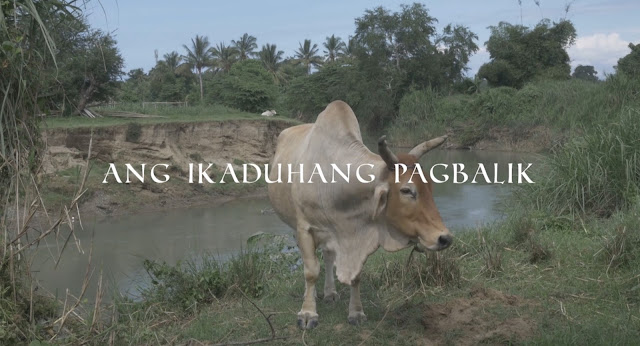 A man wearing a barong, holds some fliers, roams around the park, and begins to interact with people. He is a preacher who wishes to gain more followers of his church. He's been asking the people in the park to listen to the words of the lord. Then, the preacher approaches a lone, young man sitting on a bench. 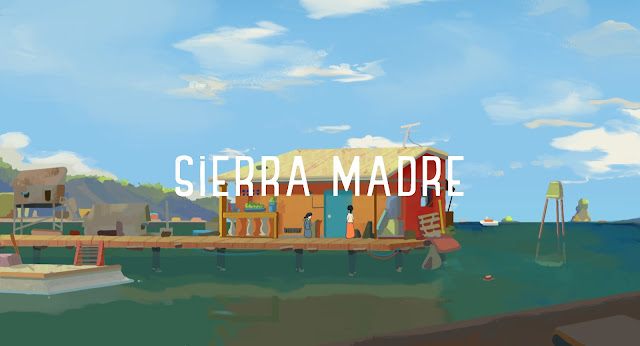 Kalipay, a young girl, searches for her grandfather's long lost ship in a conflict in between her family and the sea. 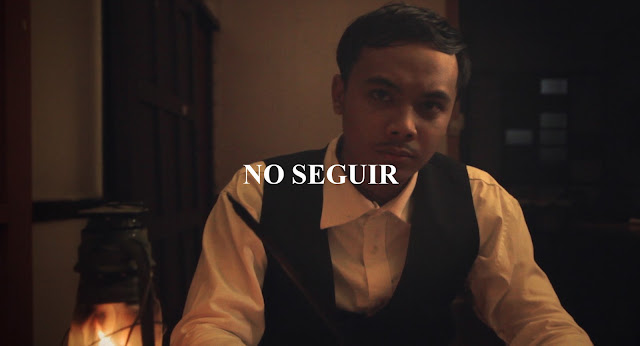 Rizal writes his last farewell. He is soon interrupted by the knocks on his door. 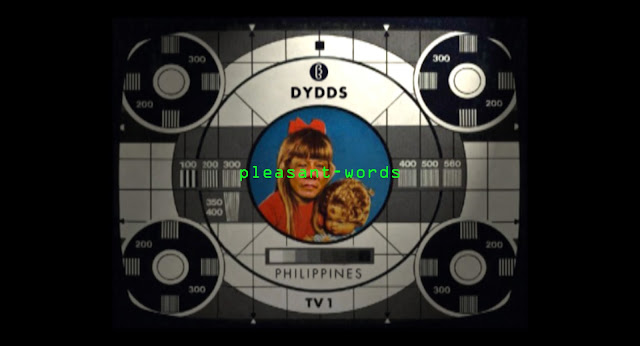 This is a TV test card substitute where Rody-chan and friends talk pleasantly. 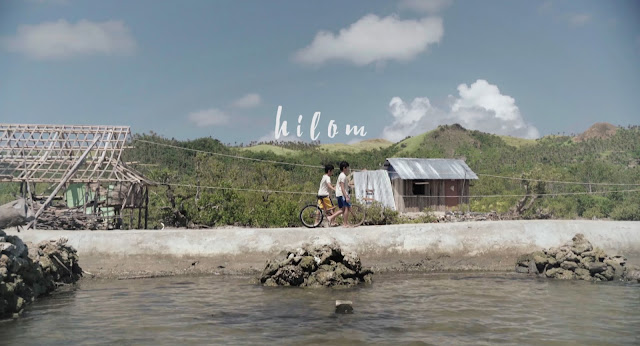 Twin brothers struggle with their identities amidst the quiet cruelty of a remote island. 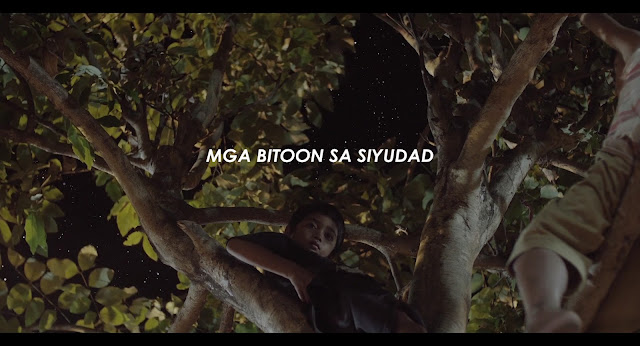 An hour before the bomb explosion at Roxas Night Market, Davao City, two young brothers, Oliver (12) and Mac-Mac (9) went from one table to another to serenade the market goers. The money they earn is used for their day to day school allowances and also their means of helping their father who work as a masseur at the night market.

Few minutes later, Mac-Mac discovered that he lost some amount of money. The two brothers immediately traced their steps back hoping to find it. Oliver reassures Mac-Mac that he will help him look for the missing money and told him not to go anywhere until he comes back. Oliver went his way, while Mac-Mac patiently waits. Minutes ticked by and a loud explosion happened. Roxas Market turned into chaos but Mac-Mac was still waiting for his brother to return. 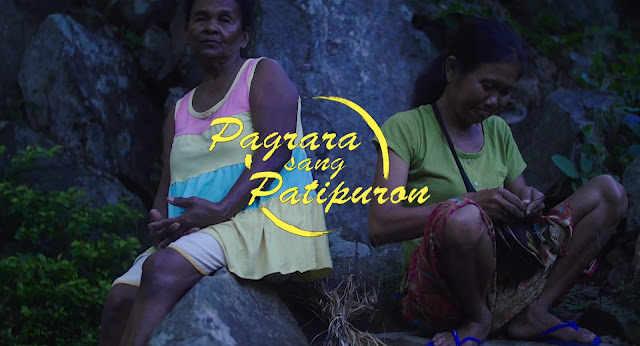 Pagrara Sang Patipuron follows a group of indigenous Aeta women weaving artists in Nagpana, a sitio up in the mountains of Barotac Viejo, Iloilo. The film explores their artistic processes and products, reflecting negotiations between tradition and modernity.

The Nagpana community is home to weaving artists that traditionally make crafts (purses and bags) that answer to a saturated market of woven crafts. This circle of women weaving artists are going beyond the products the Aeta are known for, by weaving jewelry with designs inspired by their environment and the people they live with.

For these women, to weave from the center, to weave a circle, is to weave a life confronting realities of lack and insecurities brought about by poverty. With the help of two young artist entrepreneurs in the community, the women were empowered to explore their artistic imagination and extend the limits of their design process in the hope of transcending their present realities. The Aeta are considered the first inhabitants of the Philippine archipelago, but they are also one of the most marginalized indigenous peoples in the country. 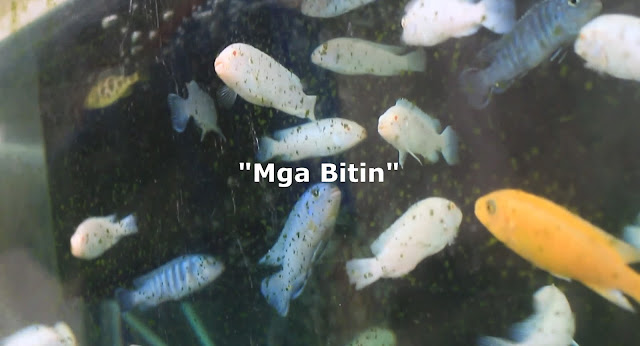 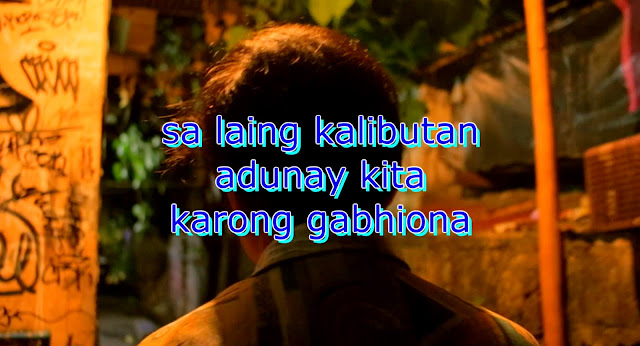 One of the many possibilities when we create a world made of joy, pain, unresolved feelings, memorable moments, and a few buckets of beer. 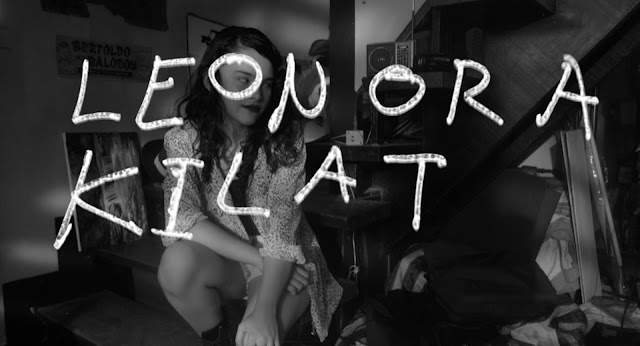 There are also two other short film categories BINISAYA holds, which are the Shorts in Exhibition and the Asian Shorts 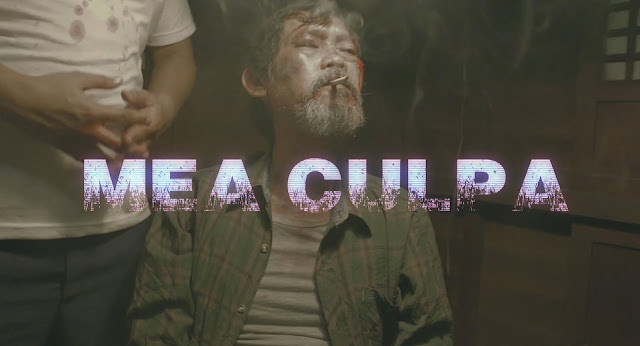 Anton, a rookie cop was assigned an unusual task of guarding a tortured captive criminal. Upon accepting the assignment, he is immediately plunged into the center of a drug related crime of embezzling three million pesos worth of drug money, thus the instruction of holding on the captive until verification of the location of the loot is on his hands.

In those fateful 72 hours of wait-and-see scenario both prisoner and guard discovers an unusual ephemeral sense of connection that both of them refuses to recognize. The negated odd feelings send them into oblivious past that either kills them both or suffer a discomfited feeling of guilt that will eventually destroys either of them any other way. 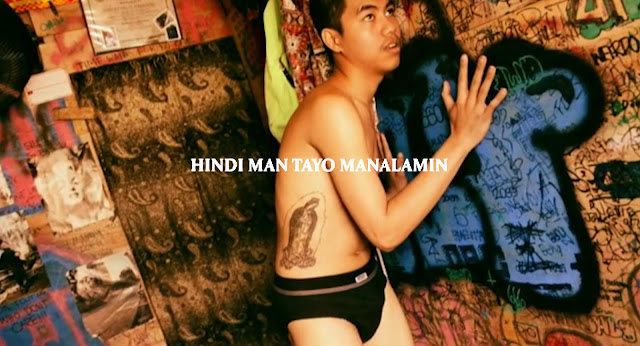 This is a tale told in four parts. The story begins with an unreliable narrator's take on an urban legend about a fetus flushed down the toilet of a fast food restaurant, followed by a guide on how to effectively clean up a literal bloody mess. The remaining parts deal with the uncertainty in identifying the remains of a departed friend and a conversation between two absentee mourners about the art of death that ties everything together. 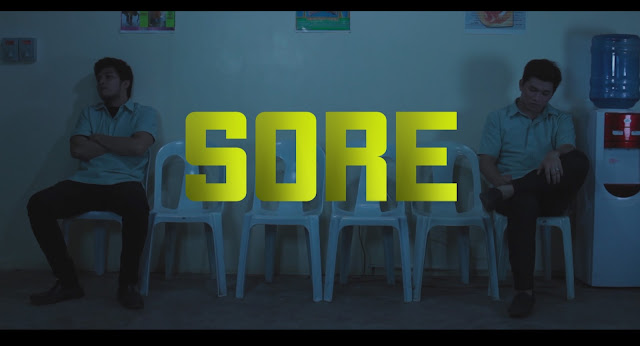 Two schoolboys' friendship is at test as they wait for an emergency appointment at a clinic. 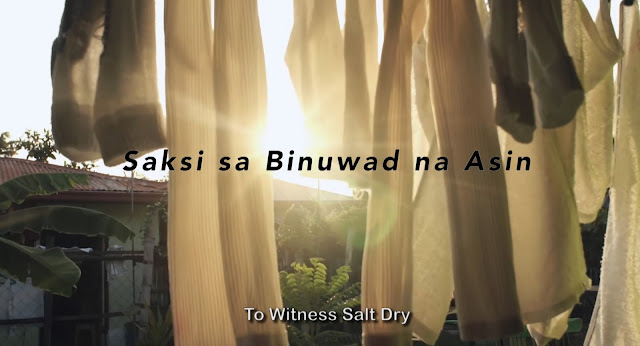 A group of young people living in the slums of Cebu embark on a film workshop that requires they document their own village, Sitio Kanipaan, and its inhabitants. This place, once the untouched seaside where water buffalo roamed, grew as informal settlers occupied and developed the land. Due to reclamation and nearby real-estate development the value of the land is rising and the villagers homes are insecure as they may be evicted anytime.

Urbanization spreads towards the rural, this film lets us hear the voices of the people who are witness to this transformation and who constantly adapt as each new wave of change approaches. All video footage and interviews are taken by the youth themselves who have chosen what they want to share with the outside world. 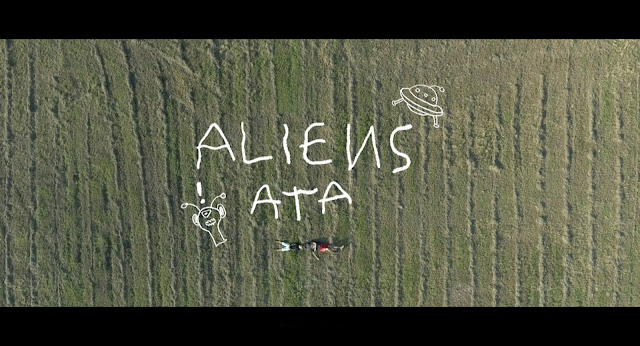 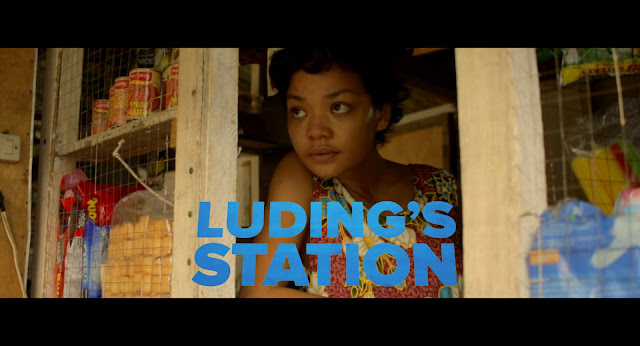 A sari-sari store owner helps a young man reunite with his first love. 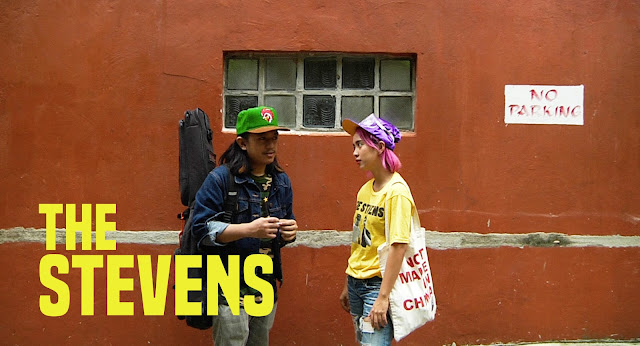 Bert and Juna are not The Stevens. 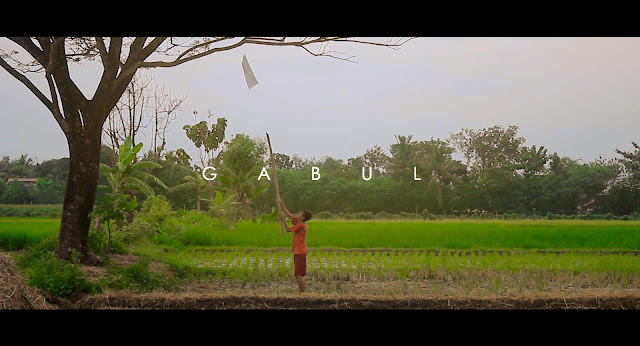 About a police officer who issued his conscience for a small child. 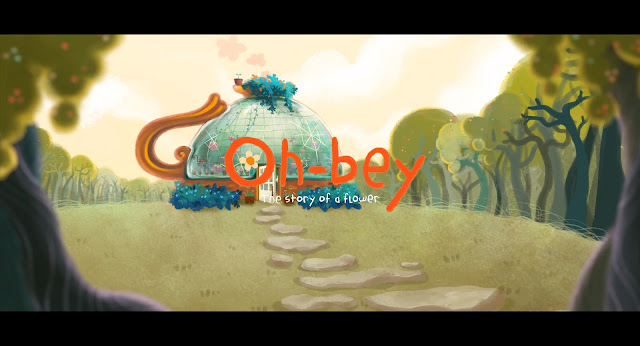 A flower named Beybi always curious about what does it feel like living outside the greenhouse, but she was told not to go outside. However she found out that the outside world was really fun. 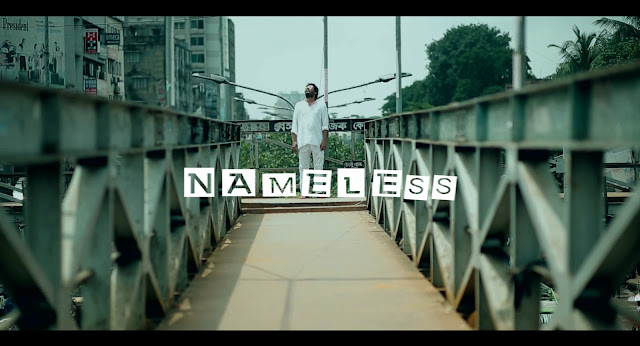 A shred film, anticipates the universal believe & the practice of human society; over the line of sex, gender & religion all people are a global community. It’s telling about global trepidation & the position of messy people.

To end with a symbolic representation of the relation between state and people. Where to endorse the power practice, the state provoked the people with vantage. In most of the cases the people cannot understand the exploitation of state, as the process of exploitation is in a downy mood. 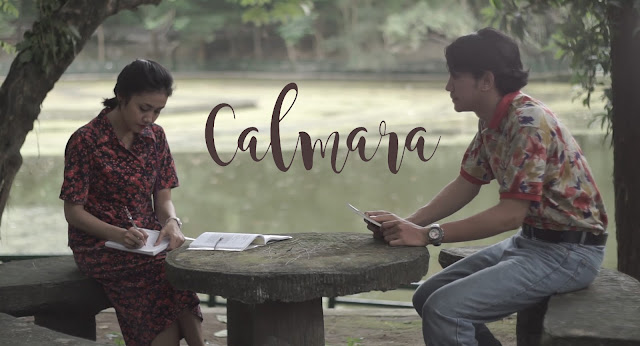 Calmara is the wife of Arjuna, who suffered from Alzheimer's disease. Little by little he has forgotten everything. 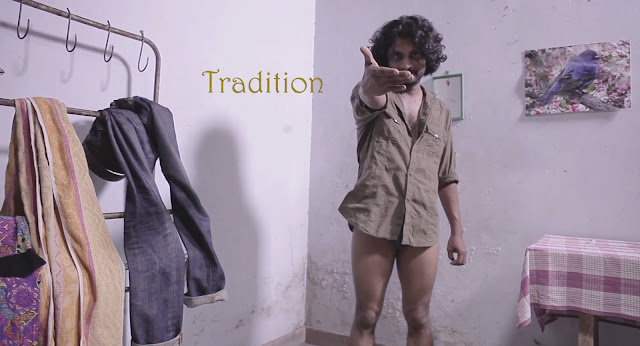 An old woman decorates a bride with the traditional Sri Lankan jewelry. She describes the symbolic meaning of each jewelry piece. Those meanings carry the girl to her past relationships and their deep scars. The bride’s ultimate destiny seems something illusive. 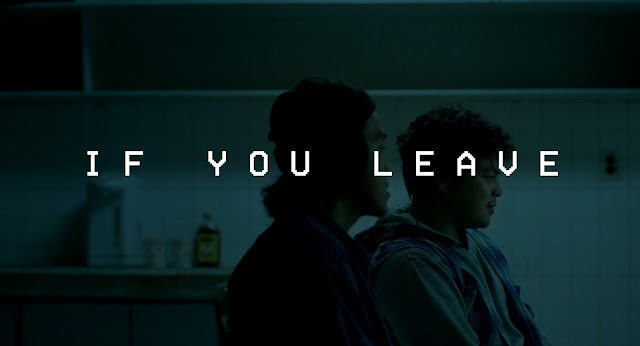 Two amateur ghost hunters are hired to surveil an alleged haunted house. Nothing much happens. But just because you can’t see the patterns of strangeness, it doesn’t mean they aren’t there.