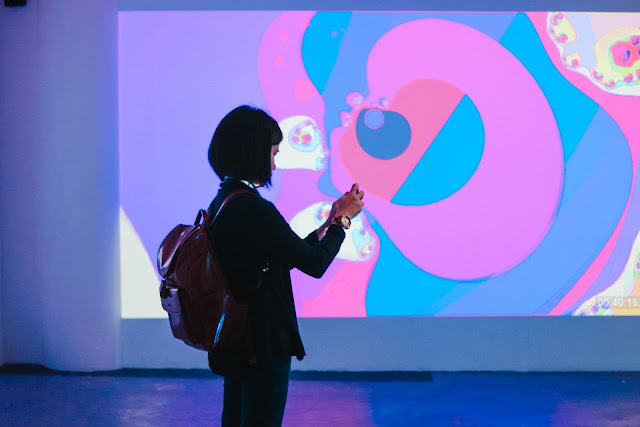 Earlier this month, 856G Gallery together with Beta Operations and Tropical Futures Institute displayed the video art pieces of RV Sanchez and Ernest Diño in a week-long exhibit.

Both artists are founders of Beta Operations, a collective interested in the development of new media art through tool exploration. Various art pieces from the group have been displayed on Streetkonect’s webpage over the past two years, and we’ve been proud to host a few videos from both RV and Ernest.

Here’s a quick interview with Ernest Diño about his artistic process and the videos displayed in his recent exhibit in 856G, "Diprosopus"


A lot of people know you as a filmmaker, production designer, and cinematographer. What’s the difference between your experimental films and your video art pieces? What lines are drawn between the two? 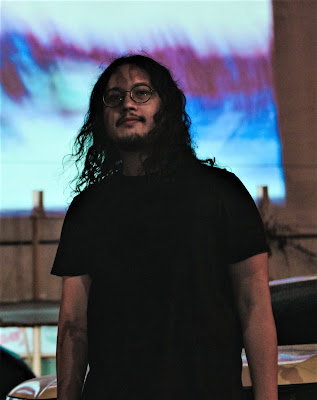 Well, I guess they've transformed but they're still essentially the same thing. It was quite some time before I heard of and embraced the term video art. So while I was doing my earlier works, around 2011, I was still thinking of them as experimental films.

My background has always been with narrative film, watching them and helping in making them. So when I transitioned to making strange videos they were essentially experimental films but still coming from an albeit failed narrative slant. After a while I met some people who mentioned that what I was doing was probably video art. After a bit of research on the subject and seeing some works and the people who make them, I was overwhelmed by a unique sense of discovery that only comes from knowing what something you've been doing all along actually is known as. From that point on, most of my personal work has been video art, although yeah they probably are still experimental films.

How’d you come up with your set for your show with RV Sanchez this year?  How long did it take to come up with the video installations that you’ve made for this exhibit?

As with all my previous works, the piece I had for the exhibit was made up of clips I had lying around. It took a while for me to build the concept but the process of piecing together the final video only took less than a week from the exhibit opening. The final result was a single piece called Diprosopus, which had two projections playing on each other. 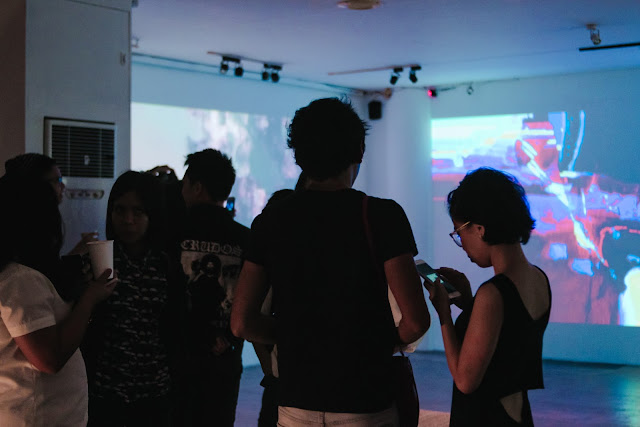 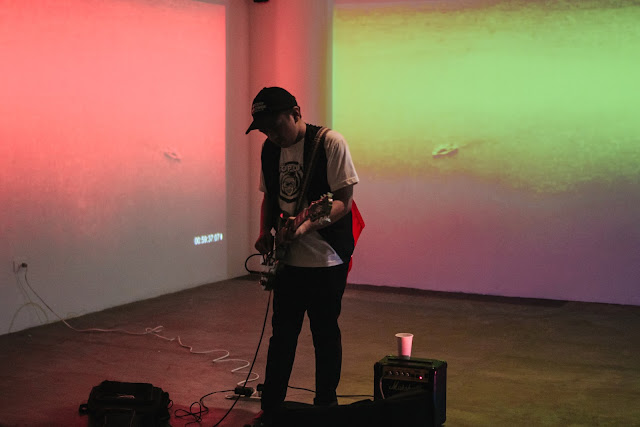 Can you share a few interesting behind-the-scenes stories in the development of the pieces for the exhibit?

Well, the exhibit itself was planned late last year, there was a good several months for us to prepare the pieces but it took a while before we could finalize the number of projectors we could get, and I was conceptualizing for a multiple projection setup.  The actual time I had to work on it was about a week before the opening, which was when the number of projectors available was finalized. Also, most of the work was edited on my office computer. (Hope my employers don't read this)

Some artists have habits that keep them creative. Some listen to background noise while working on their art pieces; some take long walks around the city. Others shut themselves in for time alone. What habits have you made as a video artist? How do you keep the creative juices flowing?

I keep a camera on me at all times. Even if it's a dslr or a crappy phone camera, I'm gonna shoot footage on things that spark my interest whenever I'm walking around. I've captured several accidents, incidents, and dead animals over the years. I also walk. A lot. 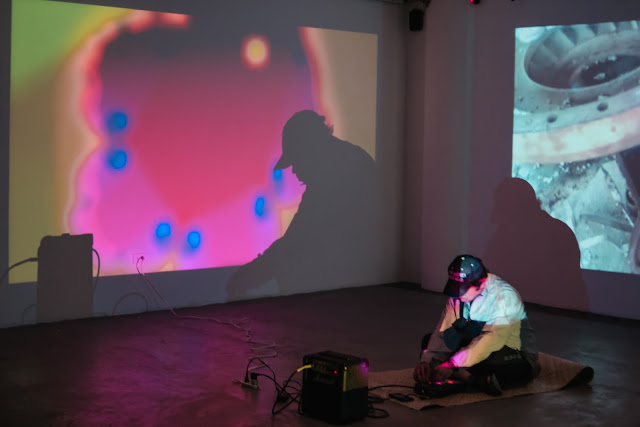 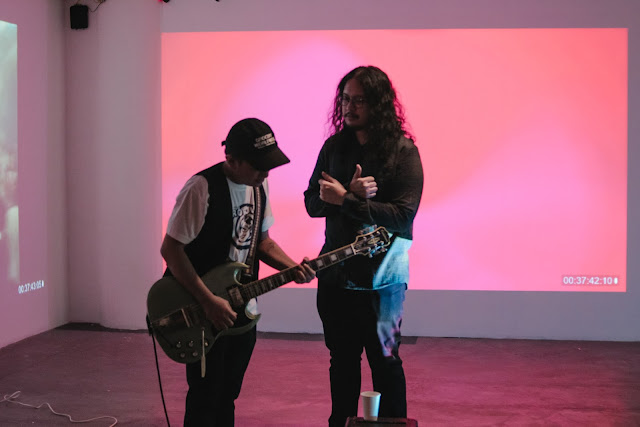 What kind of themes do you currently enjoy exploring?  What draws you to these themes?

I like exploring themes that deal with the subconscious. In film, most of the stuff we see are put together as a coherent scene from several shots subconsciously. I'd like to try and test that to its limits.

Any other upcoming projects or exhibits? What do you have prepared for 2018?

Nothing? I dunno. I'm not telling.

What are your thoughts on the new media art scene here in Cebu? What words of advice could you give to younger artists who’d like to dabble in video art and other new media art forms?

Try and do things differently. And most importantly, don't let me tell you what to do. 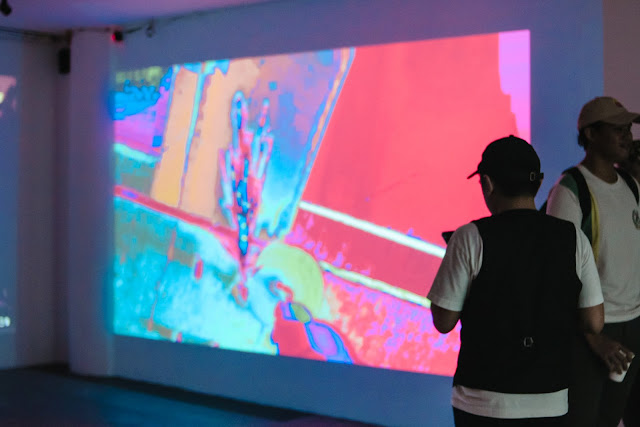 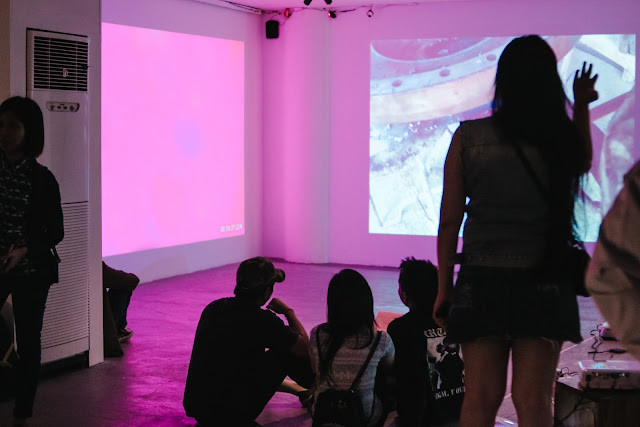 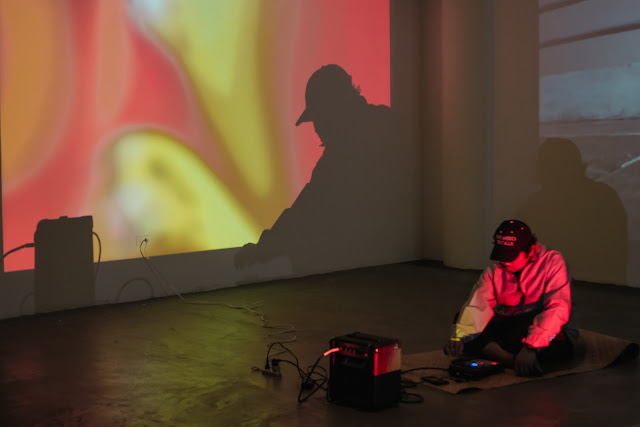