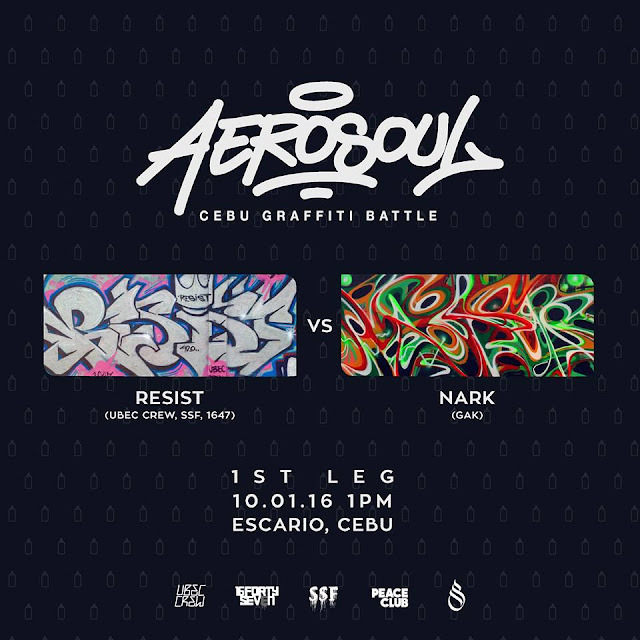 After 4 years since the last Sulat Kamay Graffiti Competition, we now have another live graffiti battle in Cebu. The first leg will be on October 1,2016 at Escario,Cebu.

Below is the piece by SSF during the 2011 Sulat Kamay Cebu Leg.via Bek's blog

Be sure to come on time because Aerosoul wouldn't be just showing graffiti skills of local artists but also camaraderie, laughter and lots of beer.