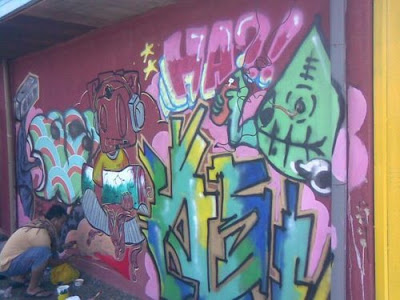 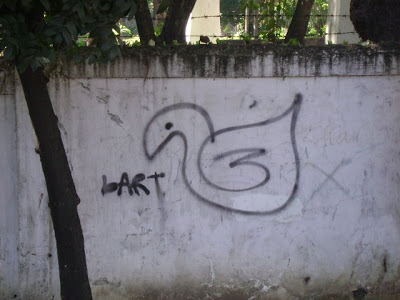 Bart and other Cebu Artists for !ha? more pics here 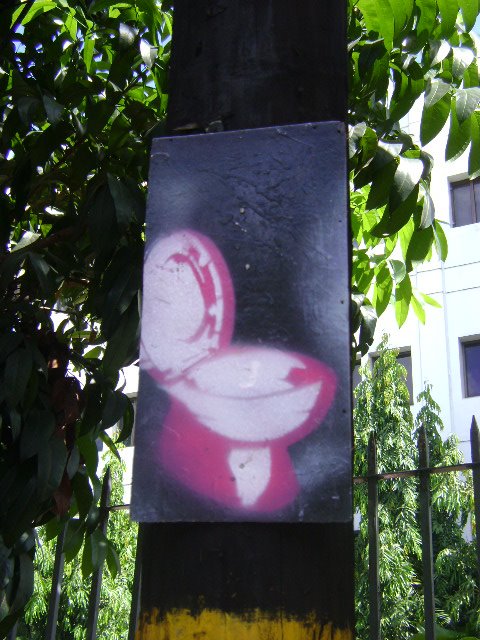 KoloWn and other Cebu Artists for !ha? archive here

July 2009
For !ha? 2.0 the format changed, it became a sticker event instead of a public art projects. 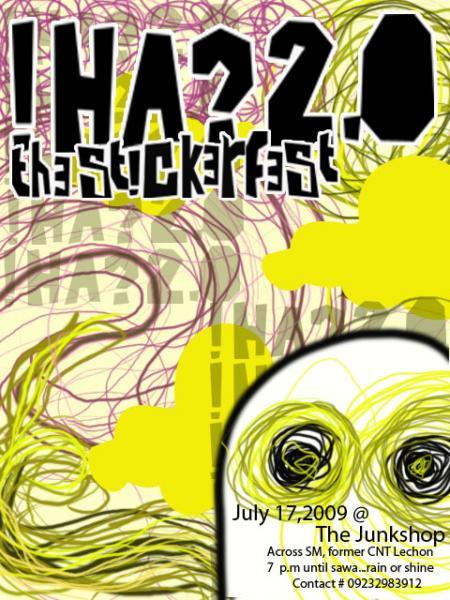 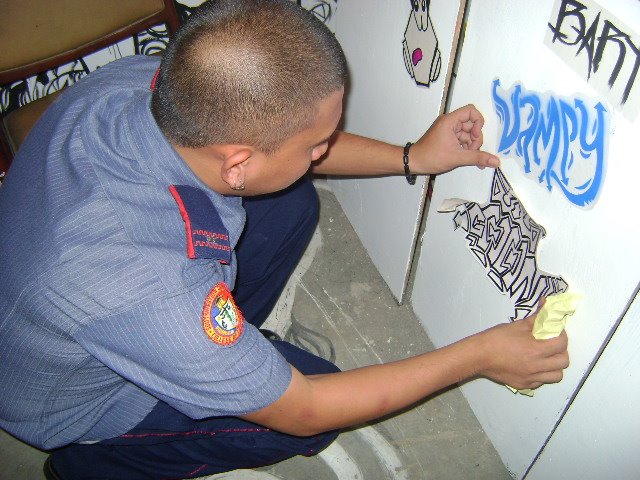 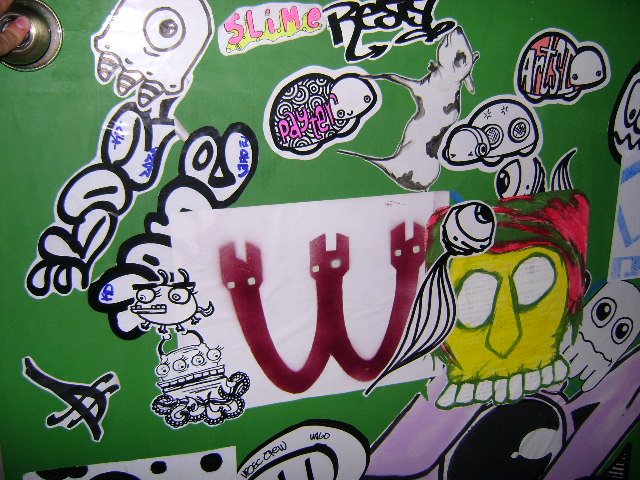 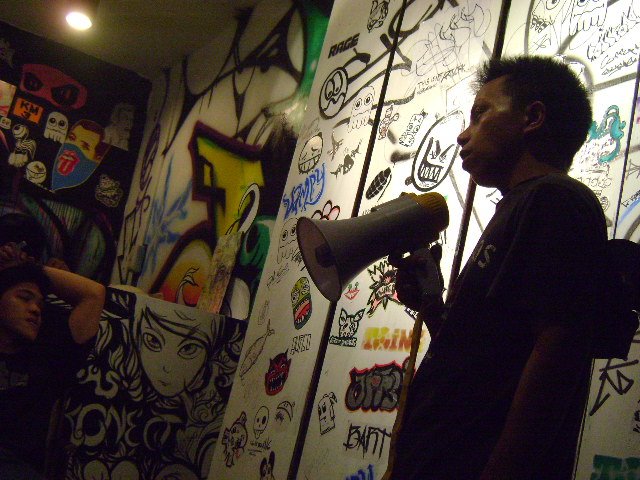 below is a poster for !ha? 3.0 by koloWn and text written by Angely Chi (!ha? organizer for Davao).We were planning to write a text for !ha? but the text below is more than enough.
check also the archive site here

It was in 2008 that the seeds of !HA? were sown. An art festival was brewing in Cebu and the newly-formed graffiti crew called UBEC ("Cebu" backwards) was looking at it from a distance. Its members shared the same sentiments: They can't afford the art fest's registration fee and they were wary of the attitudes of the artists in attendance. Upon these, UBEC made a street art fest that lasted a week. They first referred to it as "street art week", but then Sam Pipebomb, a crew member, pointed out that they should avoid naming it "Philippine Street Art Week" because it would be downright corny and serious. He suggested "!HA?", that expression of surprise or confusion one hears from people when they stumble upon a work of street art. An exclamation point preceding the word "HA" is enough suggestion at rebellion. No other rule permeated the first !HA? except "everything and anything in the streets". Ba!HA?la na. Dada enough.

UBEC was not alone in celebrating the streets for a week in the first !HA?. Tacloban's crew joined in. That would be the beginning of a street connection. Three years later, the network has expanded. In !HA? 3.0, more than fifty street artists and their crews in over ten cities in seven countries have participated in a week-long simultaneous street jams between Sept. 4-11, 2010.

On September 11, 2010, Cebu and Davao simultaneously celebrated the end of !HA? 3.0 The Colorblind, an experimental art fest which ran from Sept. 4-11, 2010 in several cities in the Philippines and in other countries. UBEC Crew of Cebu and DCK of Davao organized gigs in Turtle's Nest, Cebu and Durian Bar, Davao respectively, which flowed with live paintings, music, sticker-making, doodling, exhibits, etc.

The gigs were a time for physical convergence of the artists and their friends who participated and witnessed the unfolding of an experimental art fest. !HA? 3.0 The Colorblind did not happen in one place but in several places where there were artists who rowed their hometown streets with paintings, installations, wheatpastes, stencils and artistic debaucheries one can't put a finger on. The only thing uniform about the works is all of them are done in monochrome. But as to their subjects and media, Ba!HA?la na.

The artists documented their works and submitted through email for posting in the !HA? 3.0 official blog. The blog serves as the festival's online gallery. Because there is not one physical space for convergence, the coming together is done online. The blog is also linked to a Facebook page of Streetkonect, the website hosting the event. It is in the SK FB page that one can see people's response to the works. The SK FB also serves as one of the venues for artists to submit their works.

!HA? 3.0 thrives on the connection among artists established and nourished online. The non-existence of one physical space to host the festival as well as registration fees, unbinds participation. Anybody can join, that is if one frees their conception of art-making and would care to join an experimental art festival that waives age, artistic background (does not matter if you're not formally trained in anything), race, and sex.

!HA? 3.0 is not owned by any crew or individual but is a germination of an emerging art movement. There is no fixed schedule for it. Its participants do not know if it will happen annually or biennially. They also do not know if a fourth  one is coming. What is certain is the existence of the art movement. Yet this too can change. 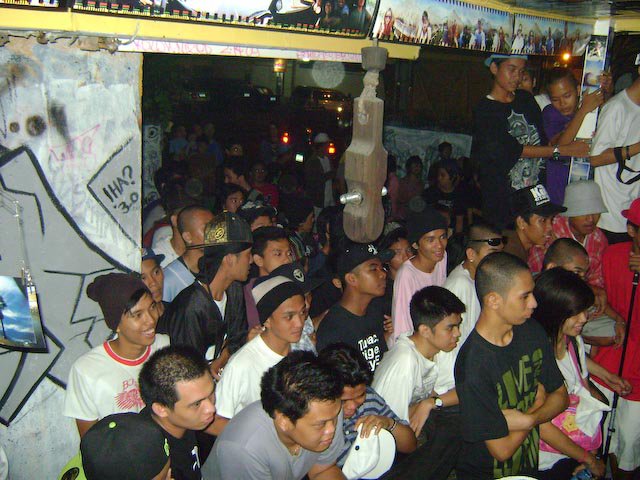 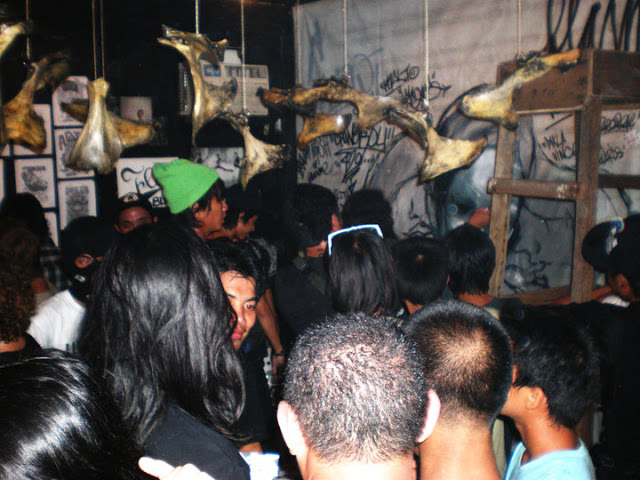 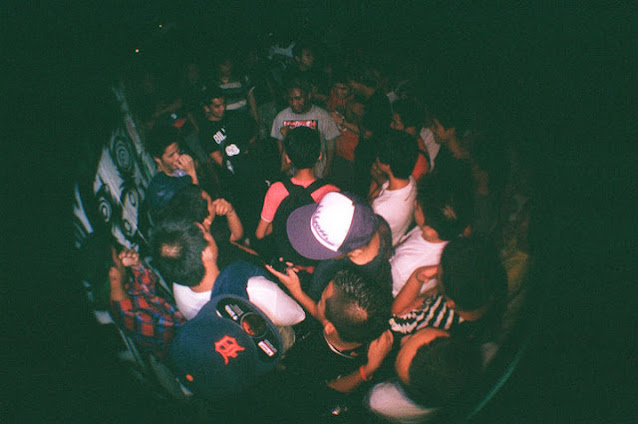 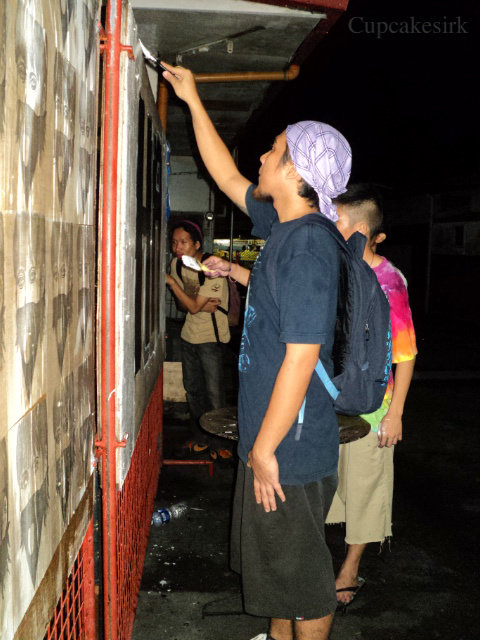 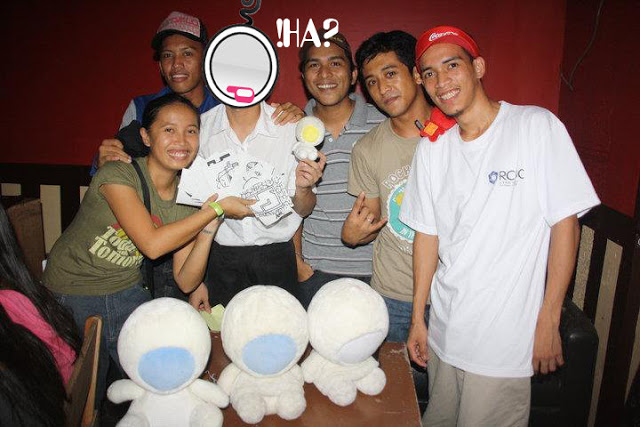 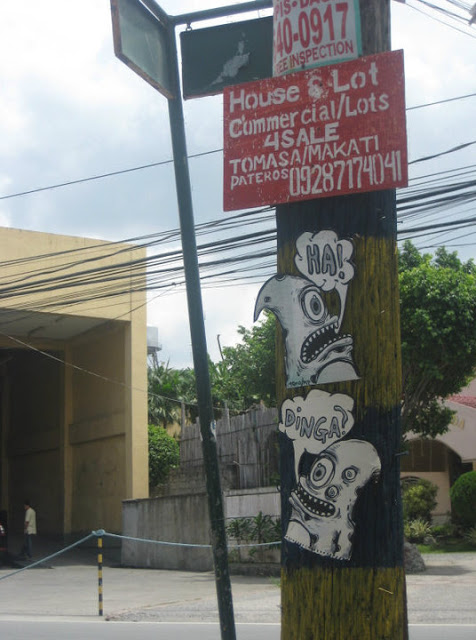 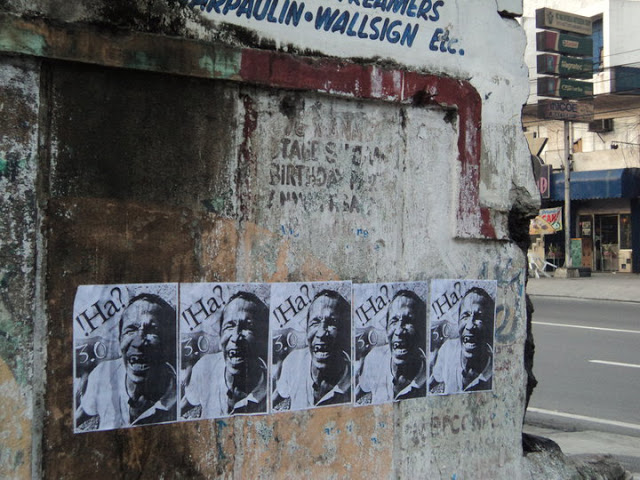 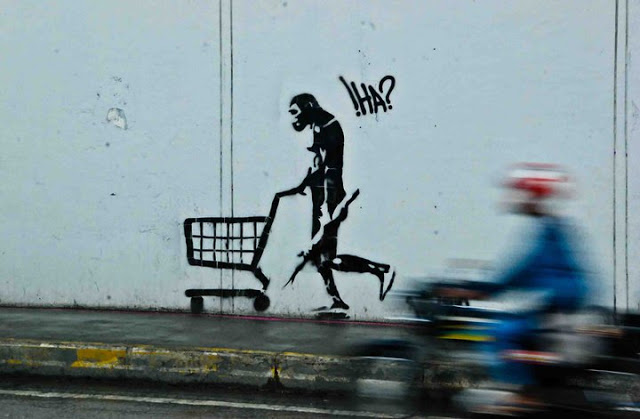 !ha? 4.0 was simplier compared to !ha? 3.0 but the guerilla performances around Cebu City made it more interesting and unique. 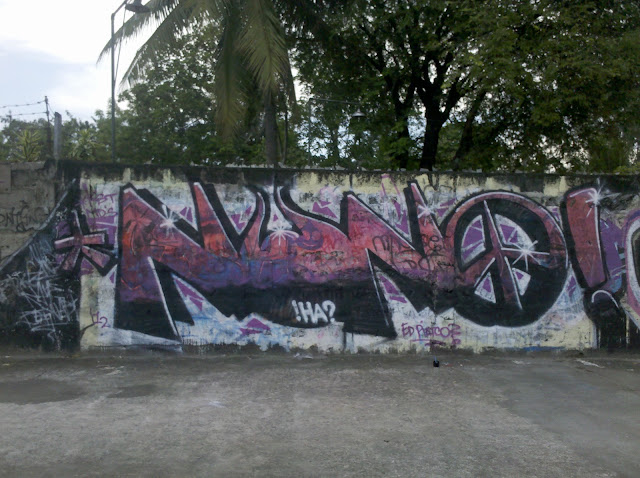 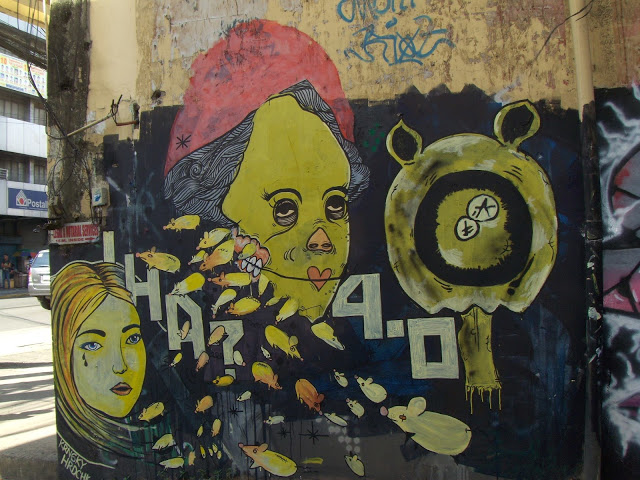 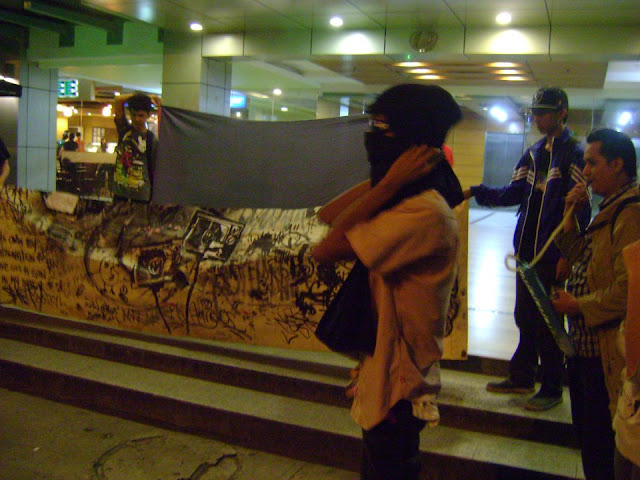 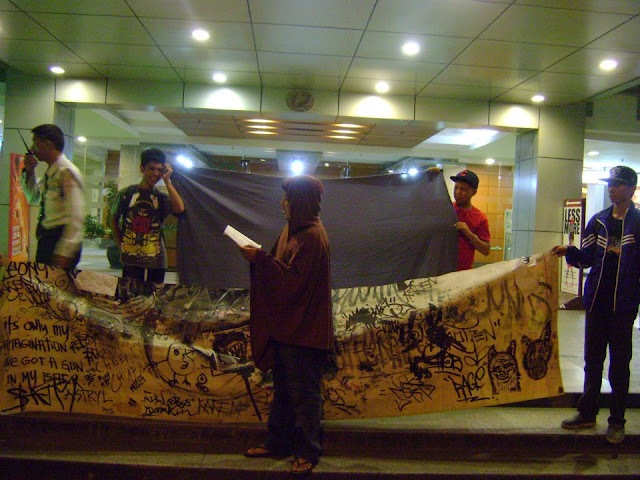